Have you fantasised about flamboyantly rage-quitting your job? Like that one flight attendant who stole two beers and launched himself down the emergency slide?

It was the second last day of the Cold War, which began in 1947 and wrapped up that Boxing Day after 44 years: the official date when the USSR went tits up. The Berlin Wall had fallen two years earlier. The Scorpions’ Wind Of Change boomed unironically from tinny speakers across Eastern Europe, and grown men wept, and Hollywood began a 10-year search for new baddies.

Four-and-a-half decades of hellish anxiety and its weird pop-culture effects were over.

It was a grand relief, not lessened a bit when we found out that the Earth had almost become a real-life mash-up of Mad Max and Cormac McCarthy’s The Road at least eight times. (Once, in 1983, the planet escaped Armageddon only because a single Russian lieutenant colonel, Stanislav Petrov, point-blank defied orders to start a nuclear war. Cool-cool.)

“The geopolitical challenge of the first half of the 21st century is stark: how to prevent the U.S.-China cold war from going hot.”

In other words: cold war is the best we can hope for. The best! Even if America’s comedy fascism infomercial president loses in November, the wider geopolitical context means endless tit-for-tat bullshit between China and the USA, practically forever, or at least until the sea/machines/K-pop TikTok bots rise up and destroy us all.

So… how weirdly will the new Cold War warp popular culture this time? Here’s what to look forward to. Don’t rage quit just yet. 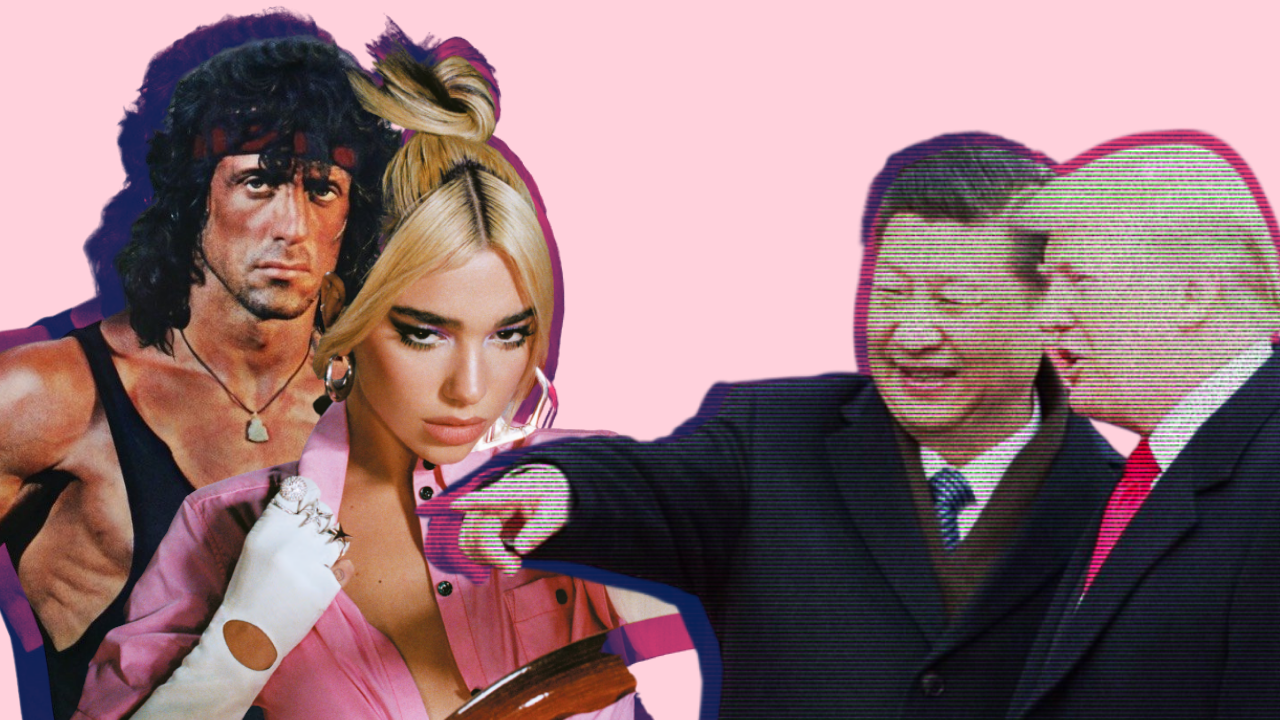 Some of the greatest musical/cultural movements of the 20th Century were in direct opposition to Cold War bullshit: the proxy war in Vietnam, American civil unrest in the 60s, the catastrophe of trickle-down economics, which hollowed out America’s middle class, screwed the poor, and—somewhere in Sydney’s Eastern Suburbs—gave a 13-year-old ScoMo his first capitalism boner.

The UK’s reggae and punk movements united against awful human Margaret Thatcher from 1979 (The Clash’s Joe Strummer wanted to release an EP on her election day with a swastika on Marg’s face).

Any youth-led kickback against the (justified) ubiquity of ‘woke’ and/or cancel culture seems unlikely—because legacy media figures, who are increasingly irrelevant to The Kids, are its main victims.

As ever, there’ll also be shiny, distracting pop, but it’ll be ever-more disposable. Mainstream youth culture may have fractured irreparably, but an estimated less-than-two-per cent of Boomers were hippies in the 1960s, and they shaped an entire generation of influence. Then sold out and bought five-bedroom inner-city houses for $15K but whatever. 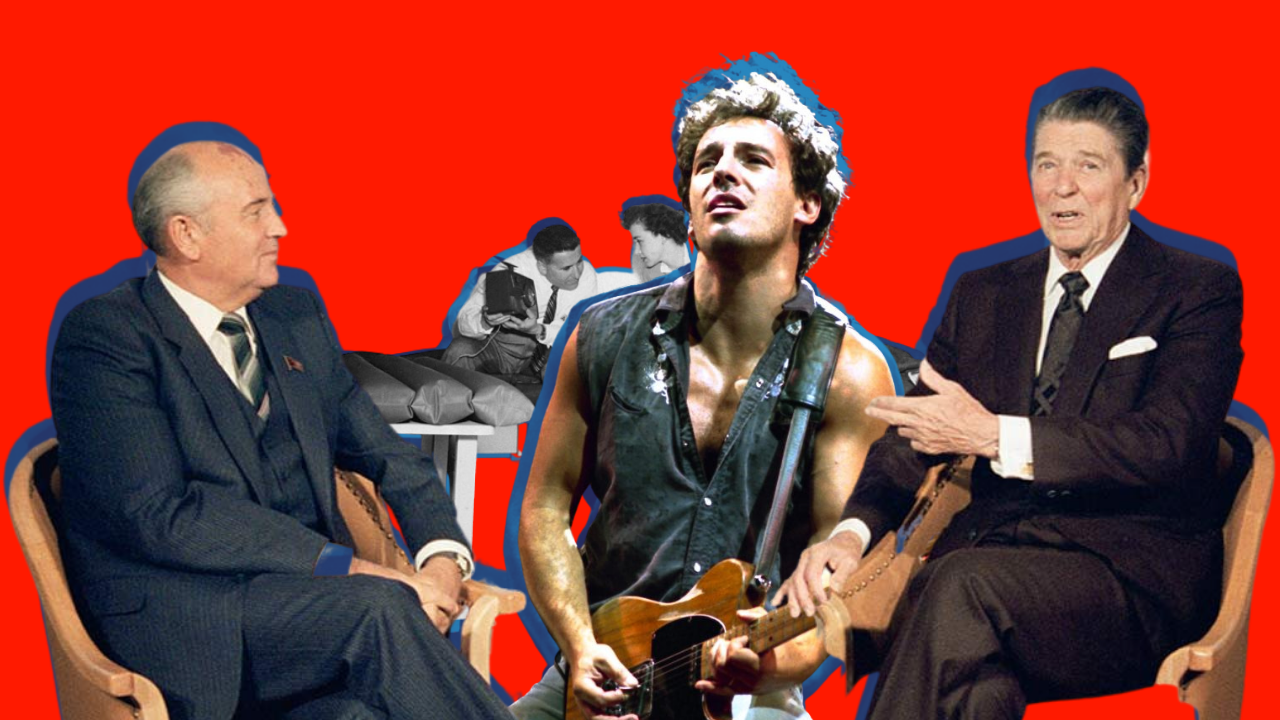 The first writer to use the term ‘cold war’ was 1984, by George Orwell, in 1949. It’s been quoted by everyone from Fox News assholes, a three-word descriptor in which ‘assholes’ is redundant, to sheeple-mocking first-year sociology students ever since.

Arthur Miller’s The Crucible uses Salem’s witchcraft trials of 1692 to critique McCarthyism, while John LeCarre’s The Spy Who Came In From The Cold defined a genre. Meanwhile, the CIA smuggled thousands of copies of novels considered pro-individualism (and thus anti-socialist), such as Dr Zhivago, into Russia.

China’s censorship is a little different, being that state is somewhat more comfortable with depictions of decadence. But their censorship is just as heavy-handed—and often weirder.

In 2006, they banned Max Brooks’ zombie apocalypse epic, World War Z, because it depicted a global pandemic with a Chinese ground zero that had originally spread thanks to authoritarian bungling. But, you know. It’s not like they could’ve taken any lessons from that. 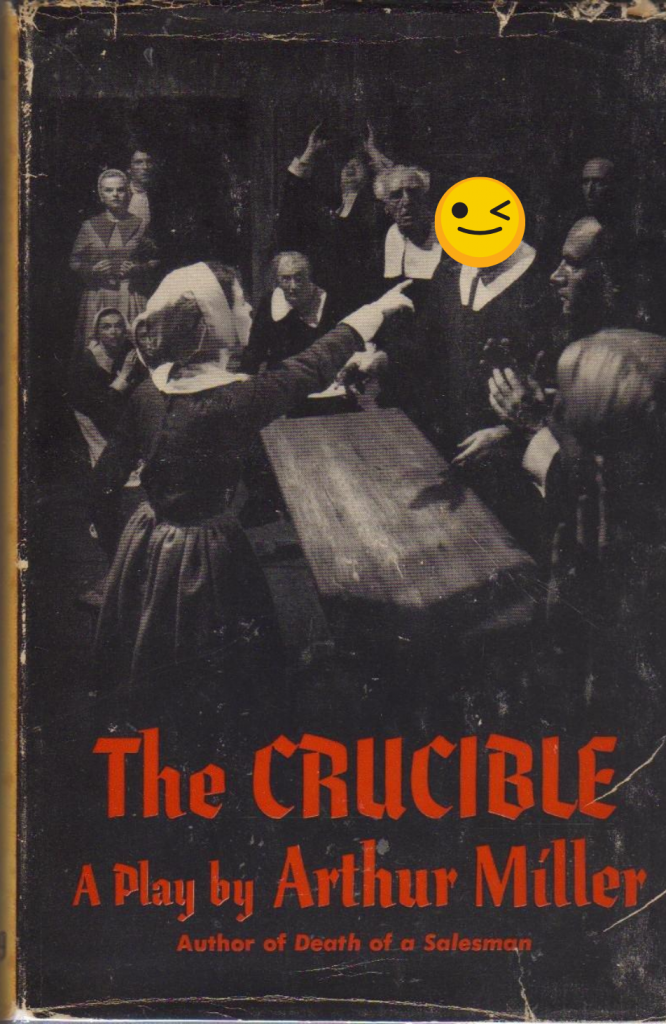 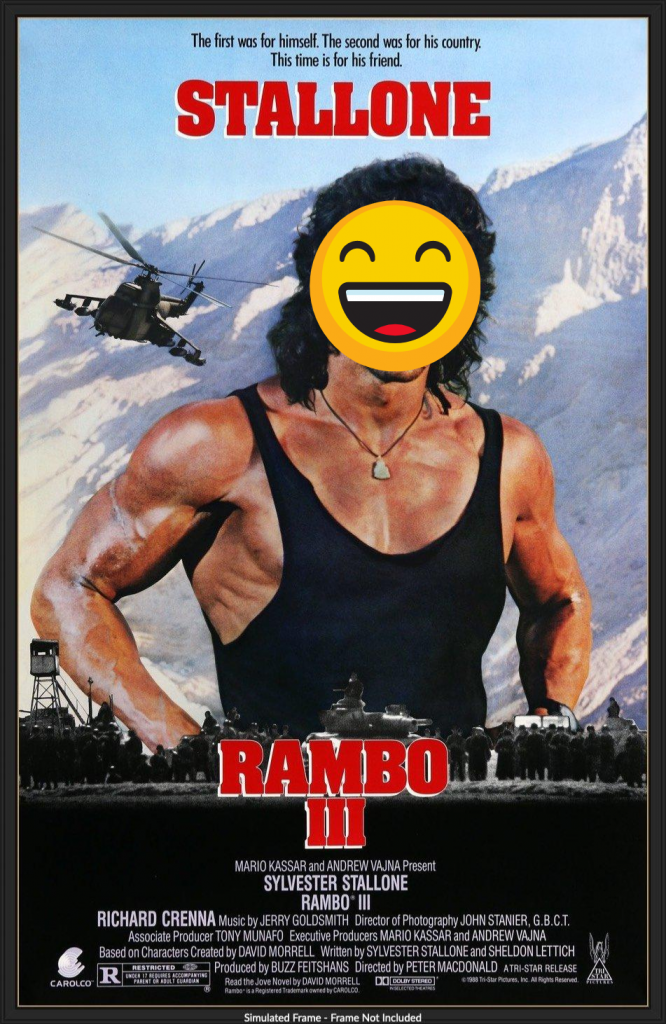 Hollywood as propaganda machine reached its peak in the ’80s with a new wave of blockbuster action flicks.

In Part III (1988), still lacking apparel, he heads to Afghanistan and ices 115 (mostly) Russians alongside the Mujahideen. (Fun fact: also in the mujahideen in 1987? Osama bin Laden.)

And the storylines had a scarily symbiotic political symmetry. In 1985, after seeing Part II, Ronald Regan decided he saw a road map to dealing with future hostage situations.
“Boy, after seeing ‘Rambo’ last night, I know what to do the next time this happens,” he said.

It’s not anti-racism but modern business models that make it harder for Hollywood to scapegoat the Chinese—Avengers: Endgame made $600 million there—and Asian characters are often included to boost international appeal.

Instead, expect more of the same—endless superhero flicks—because of their innate appeal in offering a fantasy solution; a hero, like Superman, who flies in and fixes everything.

Kinda like the opposite of how, say, Osher drops Keira into each season of the Bachelor In Paradise to crap into the punchbowl any time everyone seems happy.

Ben Smithurst is a feature writer, editor and reviewer. You may have seen his words in The Guardian, GQ, Rolling Stone or Penthouse magazines. Follow his words live on Twitter here and Instagram here.