Andrew Quilty is an Australian freelance photographer and journalist based in Kabul, Afghanistan, and there is arguably no better person to speak to if you’re looking for a frank conversation on the state of media.

He is as honest and unfiltered as his images, which have garnered him multiple World Press Photo awards, six Walkley Awards (including the Gold Walkley Award, the highest honour in Australian journalism), a Sony World Photography award and, well, the list is practically endless. 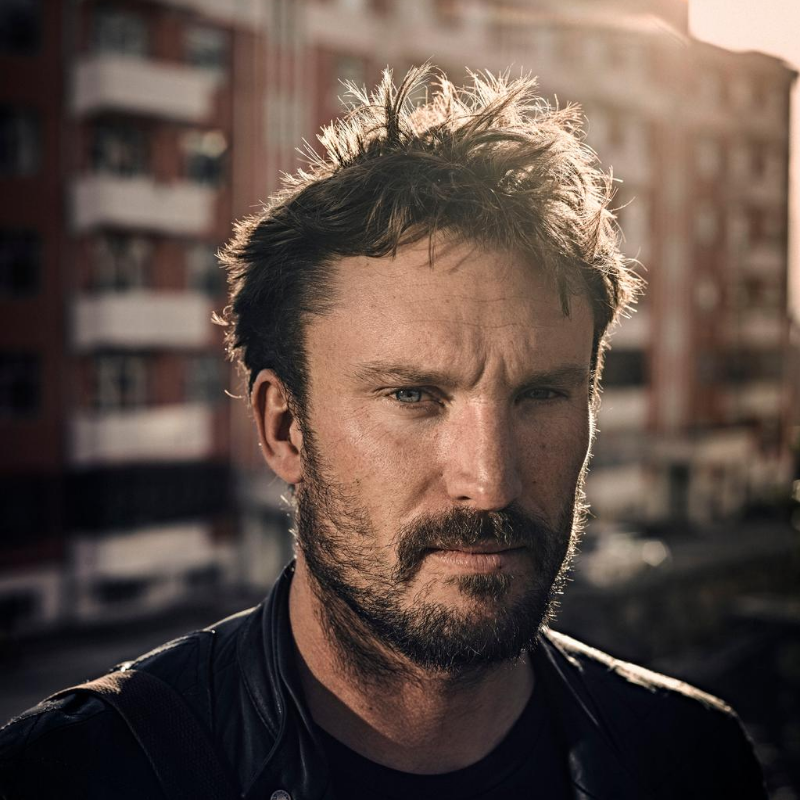 We reached out to Andrew for a few reasons. Most obvious being the haunting nature of his work, which has such an intimacy about it that it can colour your thoughts for months after seeing them once. That is reason enough to reach out to him.

But there is something about now that spurred us on even more. The timing feels important. Possibly because these moments feel more uncertain than others.

Much like the subjects of Andrew’s photographs, there’s endless layers and nuance to the story.

And (as you’ll read) it’s this topic of ‘narrative’ itself that’s prompting him to work harder to find the truth between what the world reads and sees.

But first, let’s start with geography.

Geographically you’re mostly based in Kabul. Can you share what the situation is like where you’re at right now?

In terms of the pandemic, after an initial six-week period of lockdown, aside from a few measures the government has taken to limit people gathering in large numbers—schools, wedding halls and large public gatherings have been closed or banned since March—life is back to normal. In rural areas, it probably never changed much at all.

The vast majority of Afghans live hand to mouth and cannot afford to stop working. More than 50% of the population live on less than $US1/day. Covid-19 testing capacity is very low and many are reluctant to seek treatment in hospital for a range of reasons including the stigmatisation of the illness and fear of contracting it in areas of presumed high infection rates.

Locals talk anecdotally about the number of deaths they see among extended friends and family groups on social media, but it is impossible to assess exactly how many deaths have actually resulted from COVID 19.

In relation to Afghanistan, if I’m honest, I haven’t felt optimistic about the future for the country since 2014. After a brief period of hope that came with an agreement between the Taliban—the insurgent group that has fought international forces and Afghan government forces for more than 15 years now—and the U.S. government in an attempt to bring an end to the war in February this year, the political and battlefield situation here has again deteriorated.

I find it hard to see a good outcome through the mass of obstacles that lie ahead and, even for me, as someone who can up-and-leave at a moment’s notice for a safer place, that atmosphere is very dispiriting.

Whereas, only a couple of years ago, taking risks in my work seemed justifiable as long as there was an inkling of optimism for the future. But more and more, as the conflict becomes increasingly intractable, that appetite diminishes. (I realise that’s probably not the answer you’re looking for but it’s an answer).

It goes without saying that we think that your work is an essential art form. But capturing and shining a light on the world’s darkness can, no doubt, weigh heavily on a person.

In the past, you’ve said you feel like a ‘writer trapped inside the body of a photographer’. Would you say writing and describing the story behind your images help you process some of the trauma of what you’ve witnessed?

I don’t doubt writing is an effective way of processing experiences. Whether or not they help psychologically, which is, I suppose, what you’re asking, I couldn’t say. I keep a journal—though I don’t add to it nearly as often as I’d like to—and obviously I take notes during interviews and then try to collate it all cohesively for publication.

Understanding the origins of some of the darkness, as you refer to it, that one can encounter in a place like Afghanistan, is often illuminating but almost always crushing for its futility.

I think documenting darkness provides a sense of perspective in the long term and purpose in the present which others who experience it more passively don’t have.

While that allows me to detach and to operate in certain circumstances as they’re unfolding, I can’t answer whether the process helps psychologically in the long-term. It may just as likely have the opposite effect. But I haven’t been to the future yet.

Many people have discovered your work via Instagram — a place where scroll culture means a person can see your images of Afghan children who have lost legs, followed by a commercial for sneakers, reinforcing the dichotomy of have/have not.

I’m curious, do you feel this is a good thing/bad thing/or just a digital picture of the world at large (tragic and shallow simultaneously?). Is social media a friend of photojournalism?

My experience of Instagram as a contributor has been overwhelmingly positive, however, it’s the nature of social media that, for the most part, unless you’re a public figure that people love to hate, your work will only be seen by those who want to see it. I’d love to be able to swap accounts with Kim Kardashian for a day and have access to a less willing audience.

In a time when words are relegated to ‘alternative facts’, and ‘deep fakes’ underpinning footage shot by citizens, photojournalists are arguably the last bastion of defence in the war on truth. Do you feel your role has become more essential than ever?

My experience over the past 18 months as a part of the media industry, and the values its supposedly liberal circles promote has, if anything, led me to become sceptical of its claim as promoters of the truth.

I’ve had direct experience of the hypocrisy and injustice that well-intentioned and necessary movements such as #Metoo and BLM engender in the liberal media crowd, where adherence to the mores of a popular movement (or fear of questioning them) trump the ethical considerations that underpin journalism itself.

I have come to realise that there’s an increasing willingness to ignore uncomfortable truths or assessments that contradict the biases of the modern left.

As is the case with social media, it’s dawned on me how many major publications fall back on predictable narratives they know will resonate with their readership, which, because of online analytics nowadays, they can now home in on in a way those pre-internet publications couldn’t.

Then, for publications to succeed, editors and writers had to write to a heterogeneous audience, allowing readers on both sides of the political spectrum a chance to consider points of view other than their own.

So, now, I find I’m increasingly interested in reading accounts by those who question the narratives promoted by media organisations most believe to be unimpeachable. That’s not to say I automatically believe the alternative narratives, but based on my own personal experience the past 18 months, I feel that neglecting to consider them is intellectually dishonest.

Some recent examples of narratives which fit the way a broad western audience would like them to include: whether Russia was paying the Taliban bounties for dead American soldiers; whether Syria’s President Assad used chemical weapons against civilians; whether the Trump administration colluded with Russia in their campaign to help him win the 2016 election.

I also find myself now looking more and more to tell stories which shake commonly held assumptions or which consider uncomfortable assessments or truths.

For instance, I recently wrote about how the Taliban have positioned themselves in such a way that will most likely see them erode some of the social gains made in Afghanistan over the past two decades. Just because something is, or in this case is likely to be, doesn’t mean I support it.

The world has always been turbulent but we live in a time when people have never been as empowered to be as informed or as uninformed as they would like. If there was one thing you could say to someone who discovers your work for the first time, what would it be?

Don’t believe everything you see.

Want to keep reading? Read our latest long-read: Lessons From Addiction: Craving Self-Acceptance? You Need To Start With A Little Honesty