It turns out the apocalypse has only three horsemen: plague, war, Karens.

The first two ponies in that trifecta should immediately be dispatched to the knackery. But there’s also something magical about the third: that indignant rider making a scene over in aisle 12, jabbing a Big W employee with an expired Target voucher, with oversized sunglasses, and the mental elasticity of a Dunning-Kruger flowchart.

It’s not that she’s misunderstood.

If anything, like Donald Trump, it’s that we understand Karen too well.

We know the leader of the free world is incurious, racist, bewildered. Sheltered, entitled, and shit-haired. In short, we know he’s a Karen. But that knowledge gives us no power.

As noted by ‘post hope’ comedian Frankie Boyle, Trump “looks like the warning label on cocaine and talks like someone trying to recall the last moments of a car crash. Few of his pronouncements can be taken at face value.” And yet, every Trump late-night toilet tweet-storm dominates the news cycle. For Karens, our disdain is always a surprise. Thereafter it only feeds their fury.

Trump shows that Karens are not just problematic, middle-aged white women. Just as ‘Okay Boomer’ can be wielded against anyone who can watch Rowan Dean for more than 30 seconds without vomiting into a bin, so can ‘Karen’ apply to all ages and sexes. 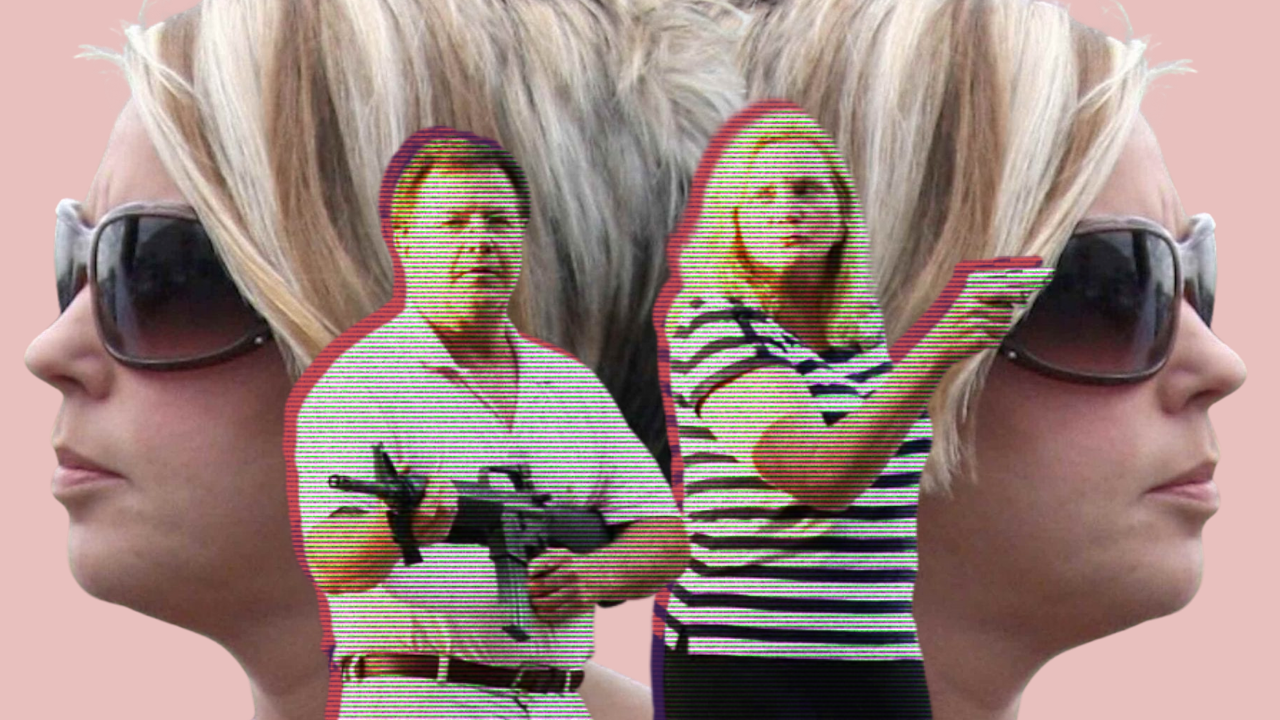 Australia’s leading example, ‘Bunnings Karen’, is actually called Chantal Watergate. But she is Peak Karen: like Maude Flanders fell into a vat of radioactive Today Show wall comments at an anti-vax rally, emerging with microaggressions for hands. Her acolyte Karens are everywhere.

Amy Cooper is a Karen. ScoMo is a Karen, with his daggy-dad-from-the-90s schtick, refusal to acknowledge challenging questions, and punchable resting smugface. Prissy and indignant, C3P-O is gay, android, space Karen. The Range Rover Evoque is a Karen. Pomeranians, Double Bay generally. These fuckwits. All Karens.

If the Karen were a meal, she would be a croquembouche, the Kerri-Anne Kennerley of desserts: finicky, impractical, too rich.

Also, Karens are not unfairly maligned. Fuck you, Karens. You’ve had this coming.

They’re like Like Lady Di in a locked limo. It’s not Karen’s fault that unearned privilege has left her ill-prepared for the French paparazzi of their unmasking, the drunk chauffeur of their pursuit, and the Parisian tunnel of their indignation. Karens had it too good for too long. There’s a reason why the French royal family doesn’t complain about public persecution like the British Royals do (net worth: $88 billion). It’s called the guillotine. Two centuries later, it’s the Karens’ turn.

Except here’s the uncomfortable thing: you are a Karen, too. I mean, I am. We laugh at Karens because we recognise them in ourselves. The Mogadon wokeness. The autopilot racism. The blindness to our privilege. We all do these things.

‘Othering’ überKarens lets us feel holier than thou. Whatever. Fuck Karens, and fuck the Karen-ish bits of each of us. Let them be a lesson: we must do better.

Chaos is a ladder, life is a highway, love is a battlefield. Karens are a mirror to how ugly we look when we lose empathy and perspective.

They’re a lesson. But most importantly, as the apocalypse dawns, they’re a distraction.

We re-elected a coal-frottaging PM in May. Barely a month later, Australia burst into flames… for 10 months. Good choice, everyone.

Our heating world is run by a gilded age class of impregnable kleptocrats who’ve spent their lives failing upwards. We have doomed children and minimal hope. The problem is that last year was a long, sour violin sob of calamity and that this year is worse. And it’s not even summer yet.

Was 2018 crap? Probably, but can’t remember that far back any more. We’re like PTSD victims or Marge Simpson traumatically forgetting that her dad was a stewardess. It’s a defence mechanism against the psychic stress of anticipating the multi-faceted death of the Earth.

Earlier this year, Frankie Boyle wound up a Glasgow comedy tour with a BBC TV special. It’s called ‘EXCITED FOR YOU TO SEE AND HATE THIS’. Last year, a café in Newtown, Sydney, put up a chalkboard which read “Visiting from Melbourne? Come in and tell us how shit our coffee is!”

These sentiments are the same. They anticipate critique—by Karens. Only the café sign doesn’t say that anymore. Now, it would say, “Visiting from Melbourne? We’re calling the cops.”

Boyle suspects we’re doomed. Karen suspects we’re not honouring her expired 2-for-1 cronuts vouchers as a personal slight, and she’s posting to Facebook Live about it from her Volvo XC90. Thank God for both. In an apocalypse, you take your laughs where you can.

Ben Smithurst is a feature writer, editor and reviewer. You may have seen his words in The Guardian, GQ, Rolling Stone, Men’s Health or Penthouse magazines. Follow his words live on Twitter here and Instagram here.

Need a little more Ben Smithurst-isms in your life? Read his guide on what to expect from pop-culture now that we’re entering the Thunderdome of the new Cold War (hint: music is about to either get really good or really terrible).