A volcanic caldera & a wonder of nature, Oregon’s Crater Lake is by far one of the most breathtaking sights in the USA. It’s also one of the country’s most popular spots for road trippers.

Knowing a few things beforehand will definitely go a long way to turning an average pit stop into a holiday highlight. Starting with…

Fuel, Fuel & More Fuel. And When You Feel Like You Have Enough Fuel Just Top It Up A Little More…

Feel like we’ve hammered that home enough? Here it is again in ultra Trump-style hyperbole: FUEL, very important, the most important, most ‘big-ly’ thing you can do before embarking on a Crater Lake adventure.

The closest gas can be found at Mazama Village General Store at the bottom of Munson Valley Road, which isn’t THAT far from the summit. However, if you’re like us and don’t account for the drive to the park then you’re going to struggle. You’ll need reserves once you get to the top if you want to do some proper exploring.

We recommend filling up at whatever town you’re starting from, re-filling again when you’re close to Mazama and then topping up at the Mazama General Store. 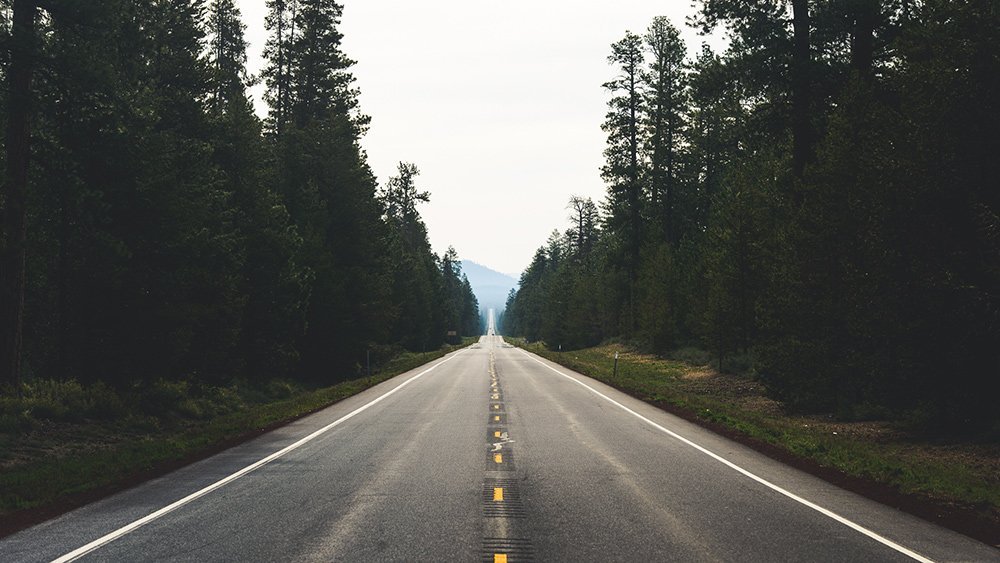 The gas pump power at the Mazama General Store isn’t strong. We’re talking filling your car at approximately a gallon a minute kind of speeds. So as you can imagine the line of other vehicles waiting to fill is often bumper to bumper in peak season.

We were travelling in giant 1970s GMC camper (complete with genuine 70s fuel economy) which stored an 80 gallon tank so as you can imagine we were very popular.

Once you’re at the crest of Rim Drive and you really take in the sheer size and scale of the entire circumference of the lake you’ll understand why we emphasise fuel so much.

Also, on the way out of the park we ran out of gas and so we just had to coast on neutral on the way down to Mazama. And refill again. 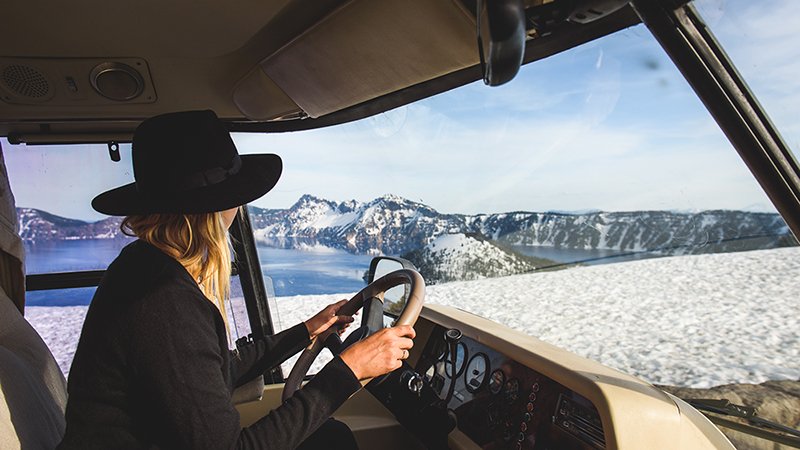 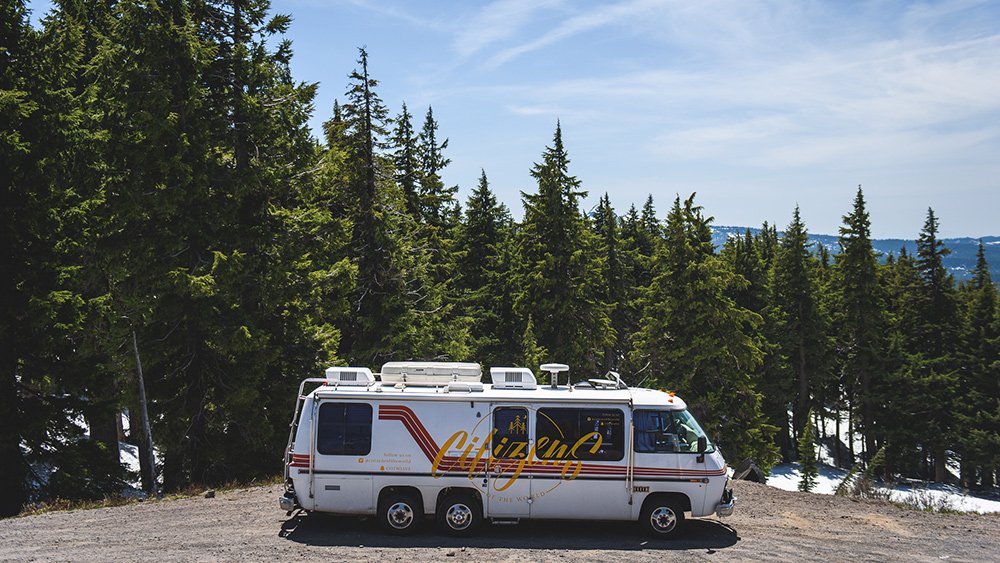 We learned this the hard way. Lesson 1, despite how many people ogled and asked questions when they spotted you and your drone a few years back when those things were a novelty, this is now and flying cameras are a dime a dozen. You can even Google ‘Drones For Kids’ and come up with 108,000 million results.

So what we’re saying is NOBODY thinks you’re cool or baddass when you kick start your noisy drone in one of the most serene and peaceful locations on the planet. Also, the inner portion of Crater Lake (aka the lake) has had very little human interaction over it’s 7,700 year existence, a crashed drone could very quickly blight its pristine 655m-deep crystal clear caldera.

The park rangers usually don’t even need to work hard to police this policy, other travellers will get mad at you and not even playing the ‘clueless Australian’ card will get you off the hook here. No matter how much you want those ‘gram shots, do NOT drone. 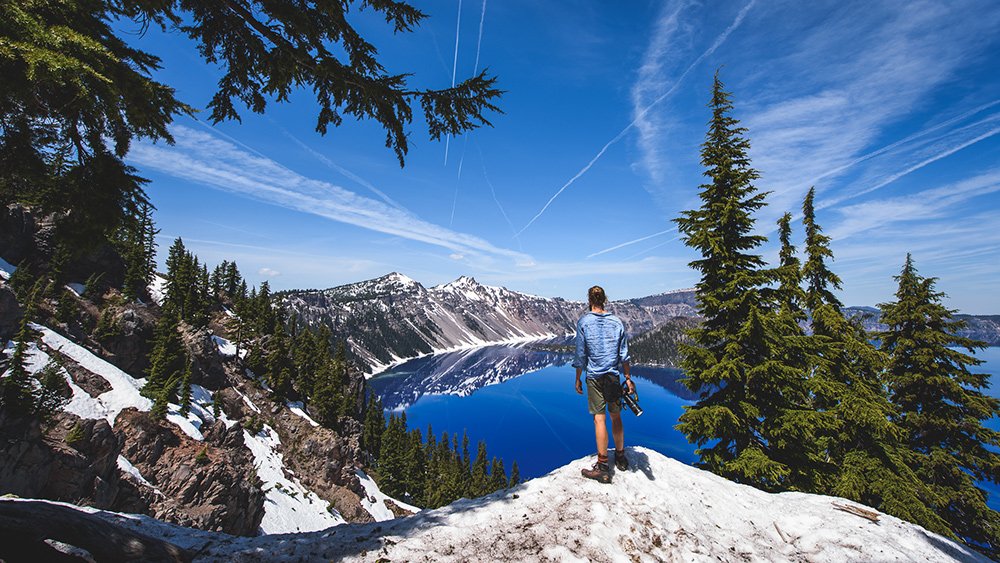 Just because you’ve got your done wings metaphorically clipped doesn’t mean you can’t still get Instagram-gold, it just means being more creative (we think droning is kind of lazy anyway) and utilising some of that old school photography skill. This is because you’ll often find yourself jostling for the same shots as about 30 other travellers. The challenge here is to get slightly off-piste and aim to find unique angle.

Then again, it’s all pretty stunning and eventually you might just want to just enjoy the views. We loved sitting watching the sun go down across north-western side of the lake, just past Wizard Island because… You can see why. 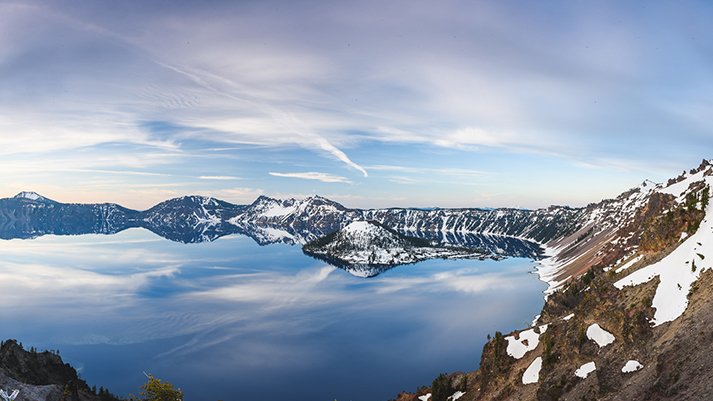 You Can Pretty Much Stay The Night Anywhere

The waters on Crater Lake are so still and impossibly blue that it’s almost hypnotic so we don’t blame you for wanting to linger longer than a day. Want to really double down on the whole historic experience? Spending 24 hours in Crater Lake Lodge, with its log cabin aesthetic and numerous cosy stone fireplaces, it’ll get you as close to what life was like for the old pioneers without having to saddle a horse.

There’s Mazama Campground which means driving down from the summit back to where you filled up for gas. You can also obtain permits for Backcountry Camping from Canfield Ranger Station or Steel Visitor Center…

Or you could do as we did and just park your RV on the west of Wizard Island and hope that rangers don’t bother driving by to move you along. We got lucky and enjoyed clear milky way views from the comfort of our van. 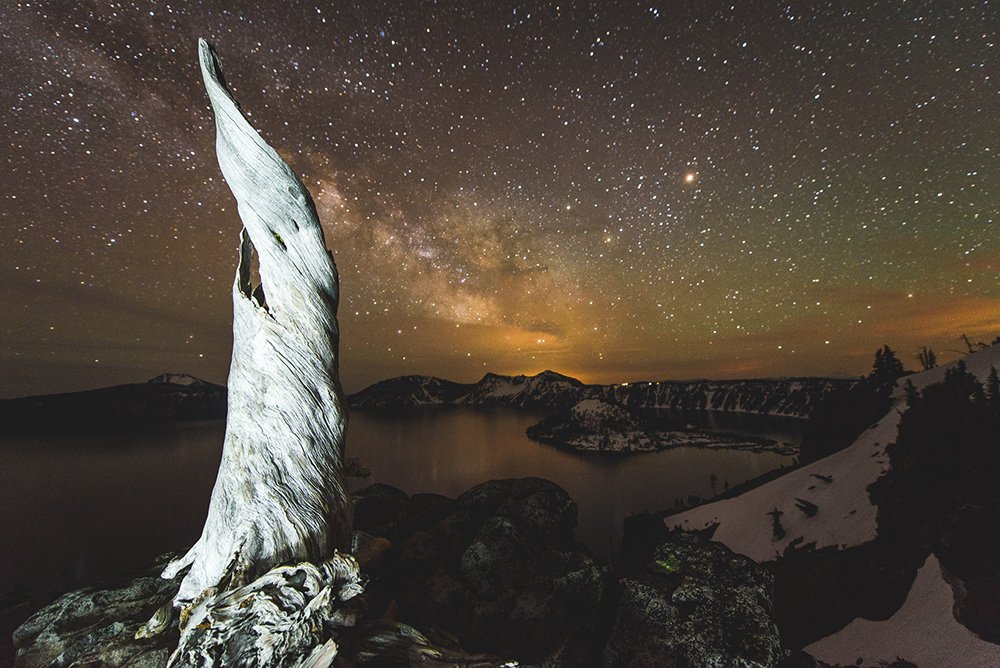 No respecting traveller comes to Crater Lake expecting to find a full-service cafe and part of the magic of the whole journey is eating a home-packed sandwich alongside one of the world’s most awe-inspiring natural wonders. The novelty just never gets old.

For this reason, even though we technically could suggest the Crater Lake Lodge as a foodie option, we say screw that. Pack a picnic, get outside and don’t forget to leave everything as it was when you arrived (aka take your rubbish with you when you leave).