The French Riviera: 5 of The Most Beautiful Towns You Need To Visit

The Côte-d’Azur is known for its unapologetic glitz and glamour, but if you dare to dig a little deeper to you’ll find an abundance of coastal gems to discover.

Quaint cliffside towns and sleepy fishing villages lie nestled in between the tourist traps of Nice, Monaco and Cannes, and are filled with narrow medieval streets, pastel mansions and inviting swimming spots. Sound enticing? Read on to discover five under-the-radar spots of the French Riviera that are too beautiful to miss. 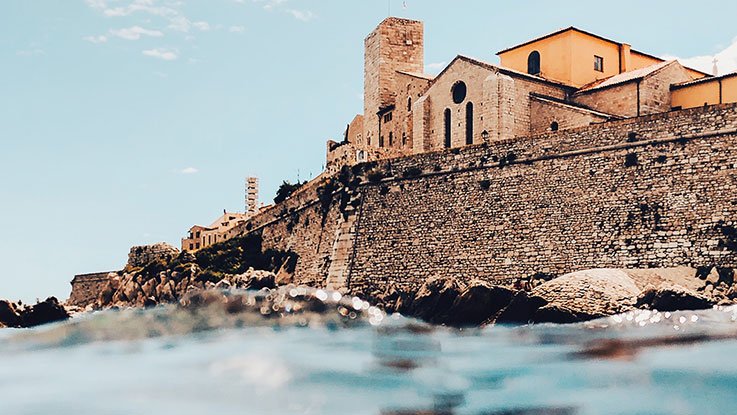 Located on the peninsula in between Nice and Monte Carlo, this playground of the rich and famous has played host to everyone from royalty and the Stones.

Walking trails will lead you to the town highlights, including the historic lighthouse and lookouts with unrivalled views of the Bay of Angels. However, make sure you drop by Villa Ephrussi de Rothschild, an Italian Renaissance-inspired palace. Built in 1912, it’s known for its collection of rare art and its 9 themed gardens.

Originally built to secure a 12th-century castle, Eze sits atop of a rocky cliff 426 metres above sea level.

Consisting a labyrinth of sloping streets that open onto cobblestone squares, visitors flock here for panoramic views of the Mediterranean Sea.

Head to the fortress to enter the Le Jardin Exotique, which boasts countless varieties of cacti, citrus trees and tropical plants.

Need more reasons to add Eze to your itinerary?

Beneath the medieval archways are a strewn of artist workshops and galleries, marked by statues and sculptures. A number of perfumeries also flank its laneways, where you’ll be sure to pick up a memento of your stay.

One of the most charming villages in the Provence-Alpes-Côte d’Azur region, Villefranche-sur-Mer has seen settlers since prehistoric times.

This former fishing village retains many characteristics of its former life, including gorgeous pastel coloured buildings and red roof tiles.

Villefranche-sur-Mer also lays claims to one of the most beautiful bays in the world, and its kilometre-long fine-sand beach is lined with an assortment cafes, restaurants and bars perfect for taking in the view.

Once known for its leather tanning and leather goods industry, Grasse has been considered the perfume capital of the world since the 16th-century.

Local tanner Jean de Galimard came up with the idea to mask the lingering stench of leather with the scent of flowers and the idea caught on and this town to the north of Cannes is still home to around 30 perfumeries today.

Drop by a traditional perfume factory for a free tour – Parfumerie Fragonard and Molinard among the largest – to learn about the extraction of floral essences.

A post shared by Fragonard Parfumeur (@fragonardparfumeurofficiel) on Nov 28, 2018 at 9:22am PST

The sleepy town of Menton is the last stop on the French Riviera before Italy. Famed for its gardens, lemons and pastel mansions, this old port town has stayed to its roots while its neighbours have been swamped by high-rise developers.

One of the most best-kept secrets on the Cote d’Azur, the uphill hike to the old town is worth it to explore the daily market. In the mood to indulge? Mirazur comes in at number four on the World’s 50 Best Restaurant list and serves a blowout meal to impress.

Here’s looking at you, sky.

At Citizens, we don’t claim to be perfect. Like

And for every dark day there’s an episode of ‘