Artist Daimon Downey On Creativity, Breaking Out of Boxes and Knowing When To Stop

If you ever lived it up at a festival or let Channel V play DJ in the background of a party, or if you even existed in Australia in the late 2000s then you would’ve heard the inescapably catchy hooks of award-winning band Sneaky Sound System.

The dance music group ruled the airwaves with Daimon Downey acting as colourful vocalist (as MC Double D), rapping and whipping the crowds around the world into a sweaty frenzy.

But that was then and if there’s one rule in a creative soul’s life it is that there are no rules and Downey’s transition from loud and proud music frontman to solo artist (in the literal sense) is testament to that.

Swapping beats for brushes, Downey still brings the colour but as his latest installation ‘Walls of Windows To The Kings of Colour’ (currently on show in Brisbane at 2/19 James Street, Fortitude Valley) proves, true beauty is found in striking balance: Light and dark, introversion and extroversion and making the internal external.

But we’ll let him explain it in his own words… 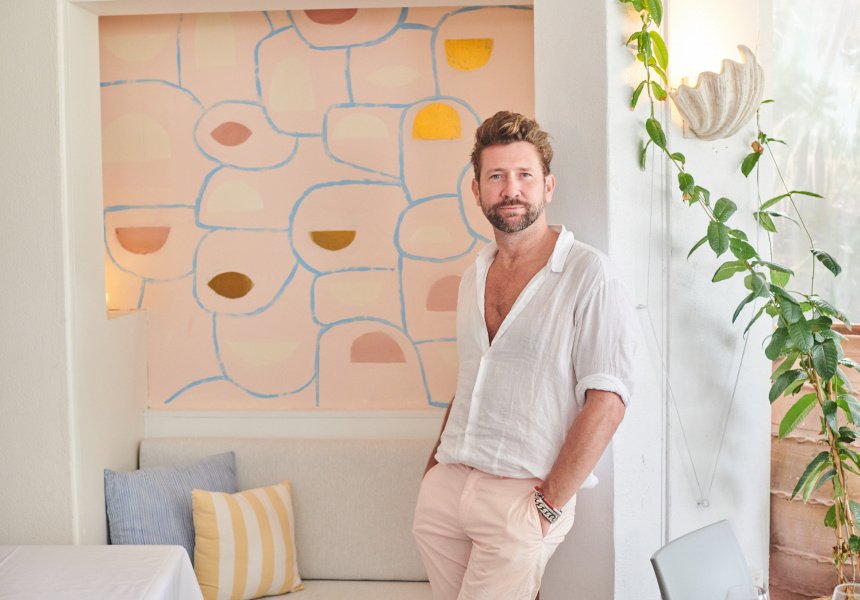 “I enjoy the company of many or the company of none. I love them both in equal parts. At the start, after leaving Sneaky there was some adjustment needed from all the loud instant noise and constant rally of people.

These days the process is creating is completely different for me, there are no moving parts, no human distractions, no noise, just the strange company of my thought.

I’m the guy who can travel alone, be very content with a table or one in the window of a restaurant or walk the streets of a new city solo. And one of the great upsides of working alone is the amount of music I can listen to uninterrupted. Revisiting entire back catalogues of artists or exploring new things.

For instance, right now Persian folk music is floating my boat. But to be honest cabin fever does eventually kick in. Strangely on Friday afternoons.

Like a pressure cooker the energy needs to be burnt somewhere and sometimes the thoughts need to be muffled.”

“There were times when touring with Sneaky Sound System when I just wanted to hole up and create art rather than be on stage. There’s a lot of waiting in the day when you’re on tour but hotel managers generally have stink-eye for paints and pastels in their rooms so I had a lot of old moleskine books of doodles and pencil work.

In hindsight I should have found more time in the rare off-times to paint but we were on a fucking wild ride. I also got to see and experience a lot. I got to meet the greats in person all over the world. 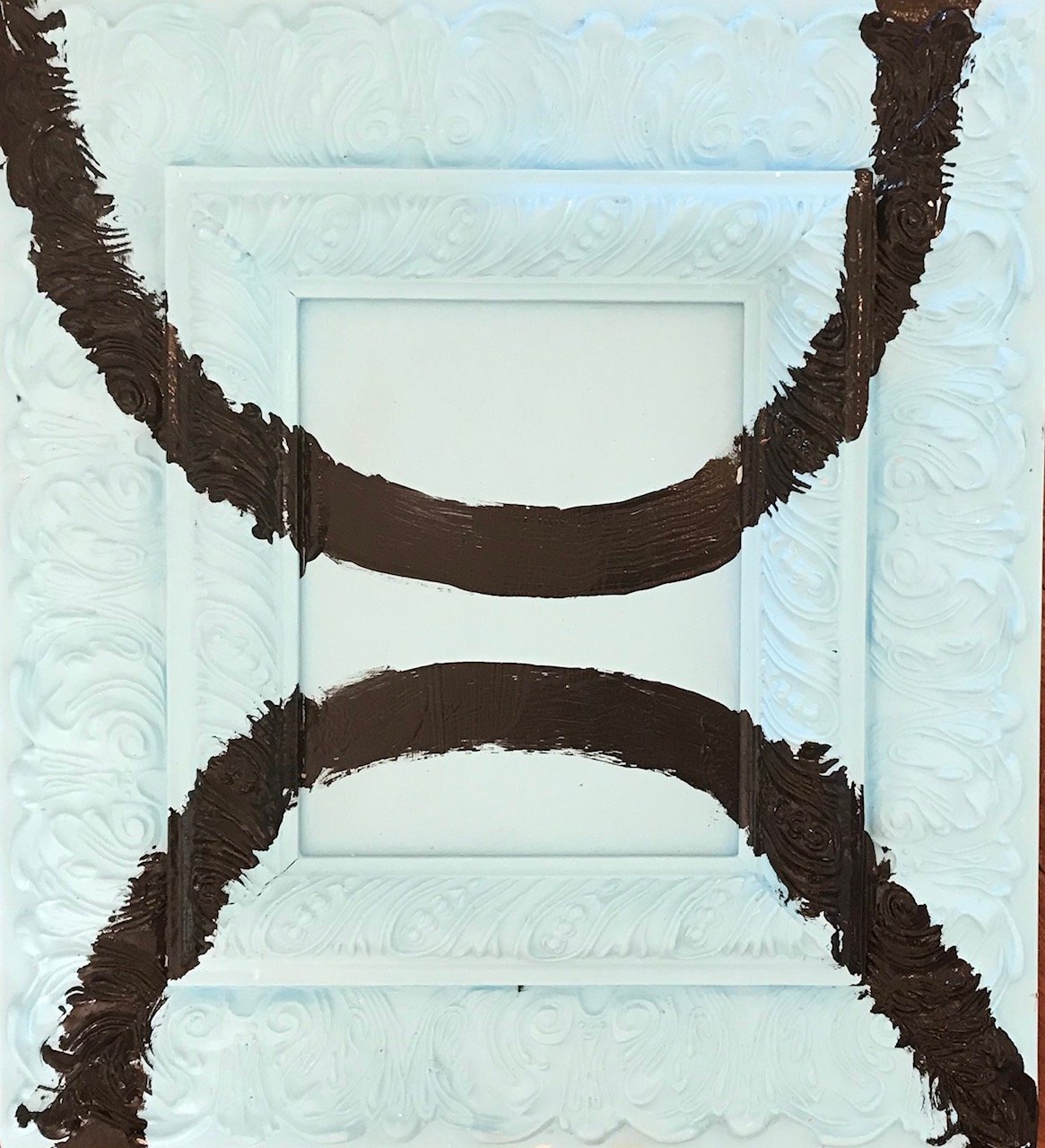 “‘Walls of Windows To The Kinds Of Colour’ was created after a very exciting massive solo show in Sydney, ‘Decisions Make In Solitude’. It was 73 paintings and a sell out. I had not done a solo show for years and it was an amazing boost of adrenaline and validation.”

“When you create just thoughts and feelings on a canvas sometimes in the process you think you’re a little crazy and it’s all a bit pointless but that Sydney show extinguished any doubt.”

“I had been exploring a shape, an arch, for a while and for me it was a safe soft shape that felt like a halo or an invisible head piece.

“The name of each painting was picked at random from a hat so to separate any of my meaning so it became your meaning. On top of this was the colour so ‘Kings of Colour’ is a nod to my heroes in the field like Rothko and Matese.” 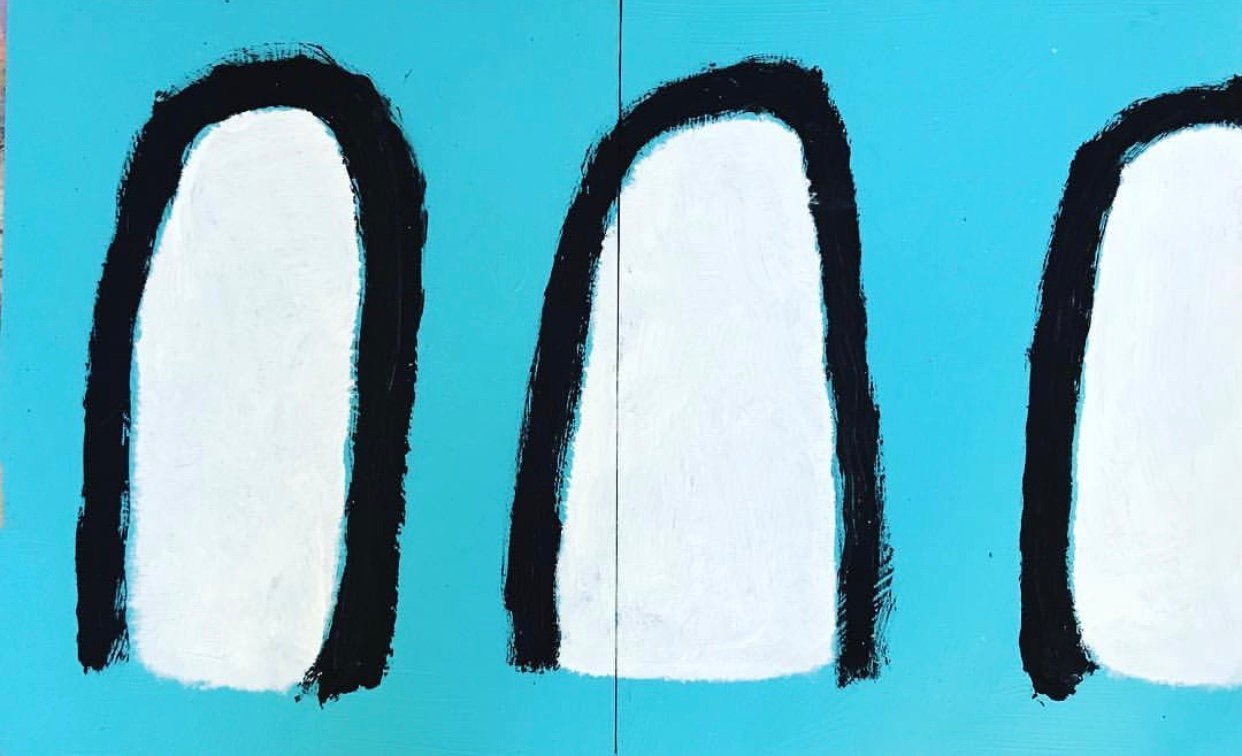 “Sometimes I know in an instant how a painting might start and complete. It might be a record-breaking 3-minute painting, or like many who work in a studio, there are years of ‘failures’ because one didn’t stop when one should have.”

“I have never sketched a painting out beforehand so it’s straight from the brain to hand to canvas and quite often full stop comes quite abruptly. But I have to get through a lot of question marks before that.

Also, red wine helps to get creatively started but terrible for knowing when to stop.”

ON ADVICE TO HIS YOUNGER SELF

Daimon Downey’s ‘Wall of Windows To The Kings Of Colour’ is currently on display in Brisbane at Shop 2/19 James Street Fortitude Valley, QLD. 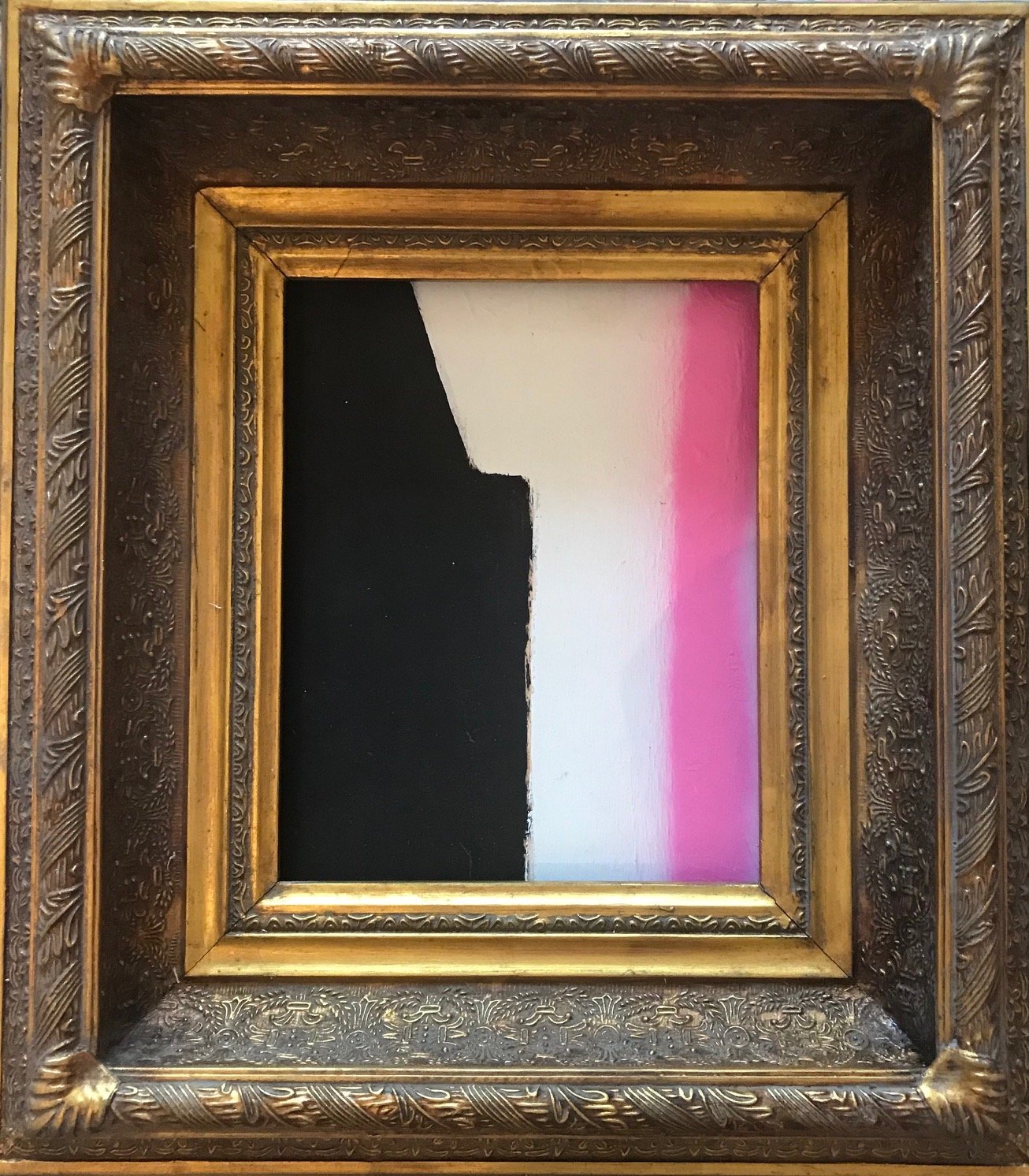