They say ‘Italians do it better’ but Sicilians, well, they do it with passion.

And the menu at Olio Kensington Street, prepared by award-winning chef Lino Sauro is testament to that.

Every dish is an edible love-letter to his roots. From the charred octopus to the seafood stew, everything is imbued with the essence of the ‘old country’ via the olive oil sent directly from his family farm in Sicily.

It’s as close as you can get to the Scala dei Turchi without leaving Chippendale.

And no dish better reflects this obsession than the iconic 900 gram Salt-Baked Barramundi. Much like the best Sicilian cooking, it celebrates simple flavours and it’s as beautiful as it is delicious. 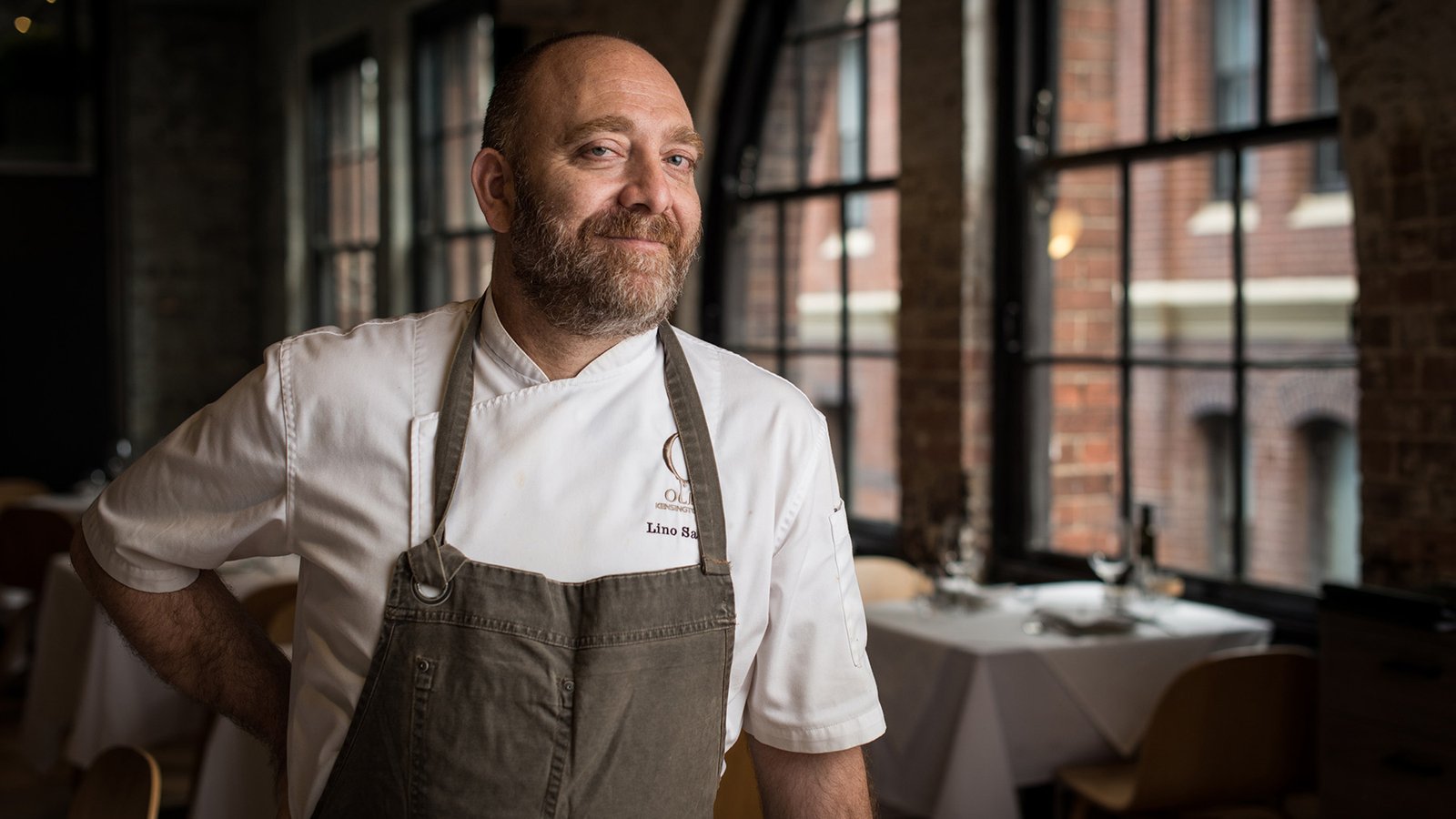 “It was actually my passion for travelling that sparked my interest in food. Thirty years ago I saw an opportunity to leave my little village in Sicily and travel the world and boy has being a chef allowed me to do just that.

I’ve been able to discover the world’s best cuisines and work with their makers including Austria, Germany and France but it was a stint in a fine dining restaurant in Lake Garva in Italy’s North that completely changed my mindset.

I’ve also been to more than 50 countries, so mission accomplished.” 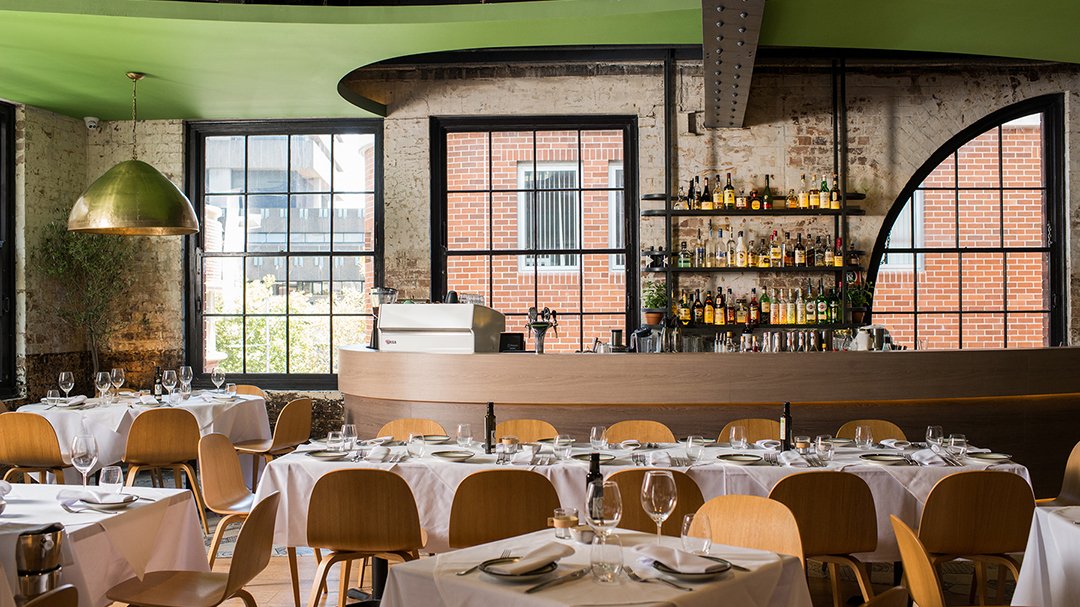 Sicilian food is so different to traditional Italian food. Sicily has a rich history of influences from its rulers over thousands of years—as far as the Middle East, North Africa and of course Europe.

This has resulted in Sicilian food being a melting pot of influence and flavours. Plus, simply put we have the best produce in the world in my opinion.

The best advice I’ve received but was not directly related to the cooking process but to a chef’s life: If you ever think you’ll spend an entire weekend at home, let alone Christmas day let me tell you—you won’t but seeing the look of satisfaction on people’s faces when tasting your food—all worth it. 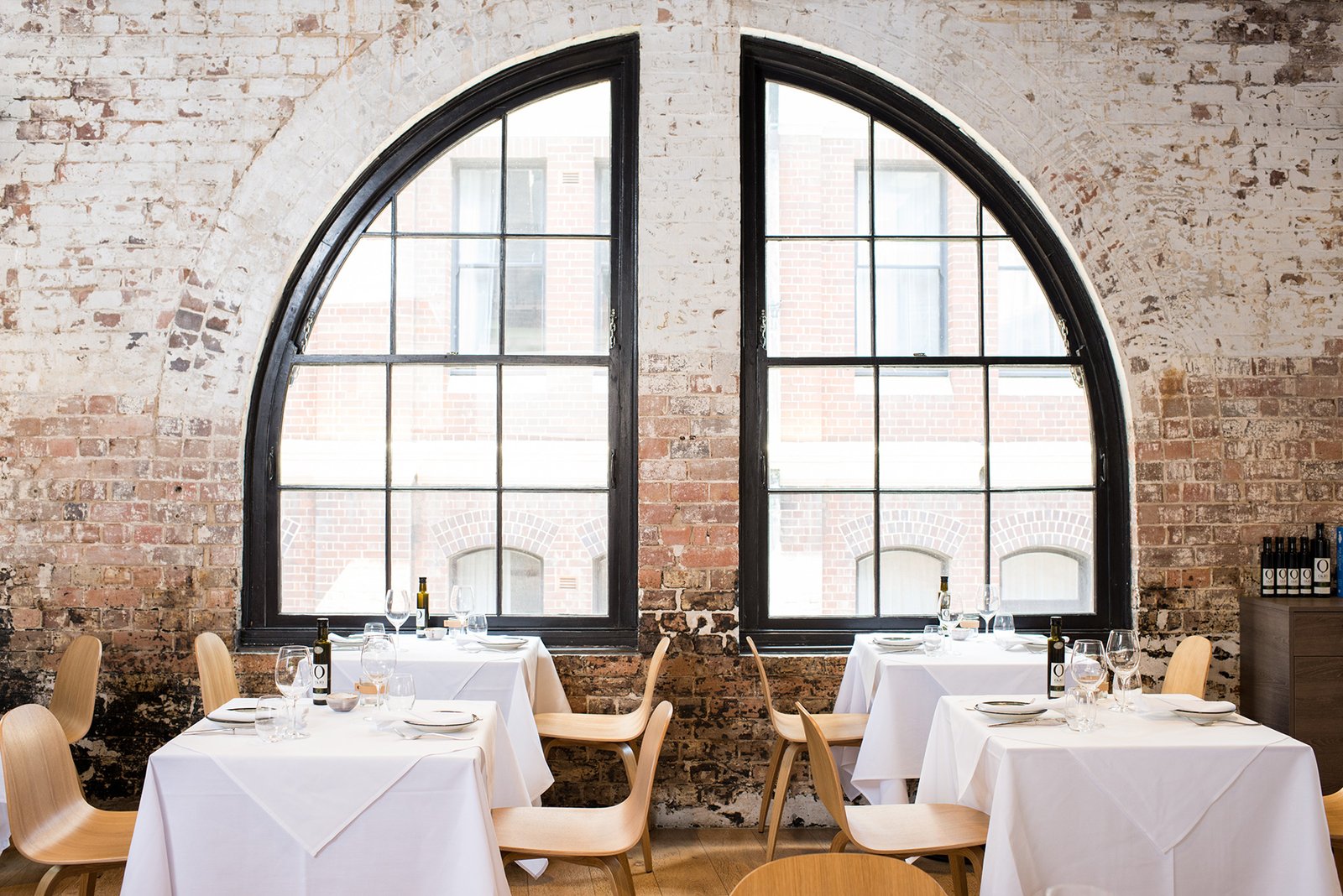 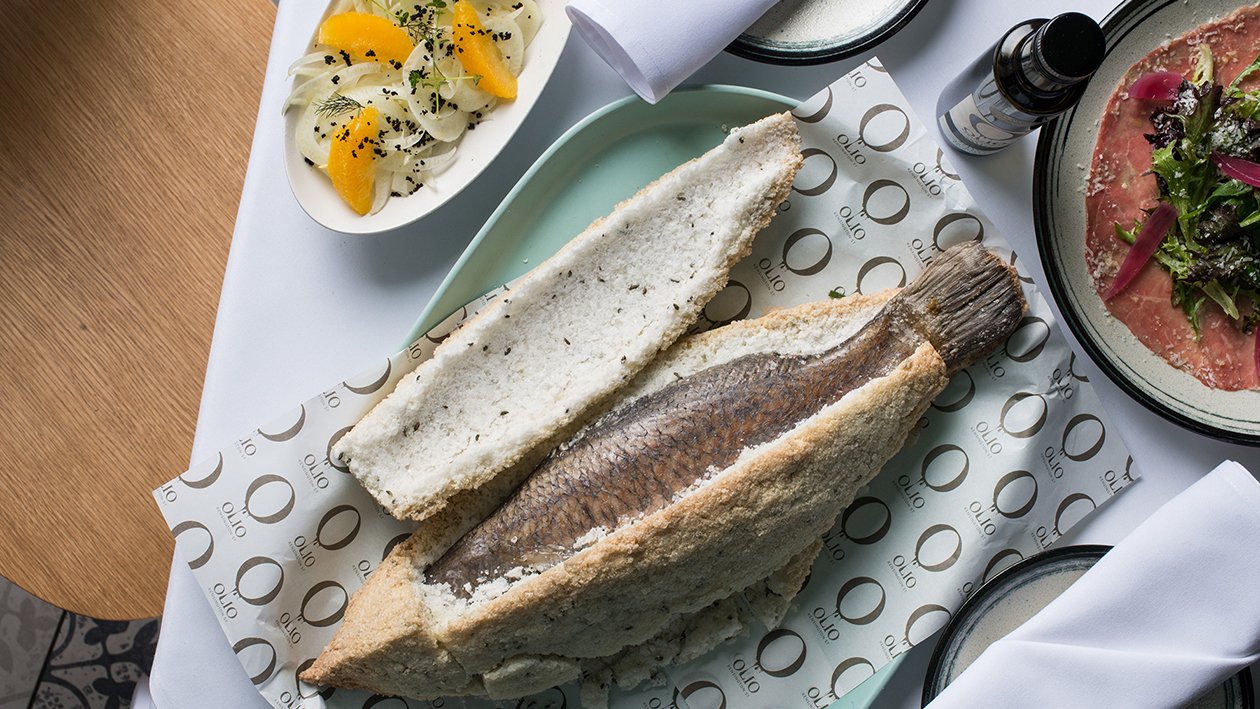 Salt and pepper (to taste)

2. In a large bowl, combine the salt, egg whites, water and fennel seeds until the mixture is smooth.

3. With a sharp knife, make an incision in the belly of the fish and insert the lemon slices and rosemary. On a large baking tray, create a 2cm-thick salt base and then place the fish in the centre. Cover the fish with the remainder of the salt mixture. Bake for 20 minutes.

4. Remove from the oven and allow to rest for 10 minutes.
To make the salmoriglio, combine all ingredients in a bowl and whisk well.

5. At the table, lightly crack open the shell with a meat tenderiser or hammer. Peel off the salt case to reveal the fish. Serve with salmoriglio on the side. 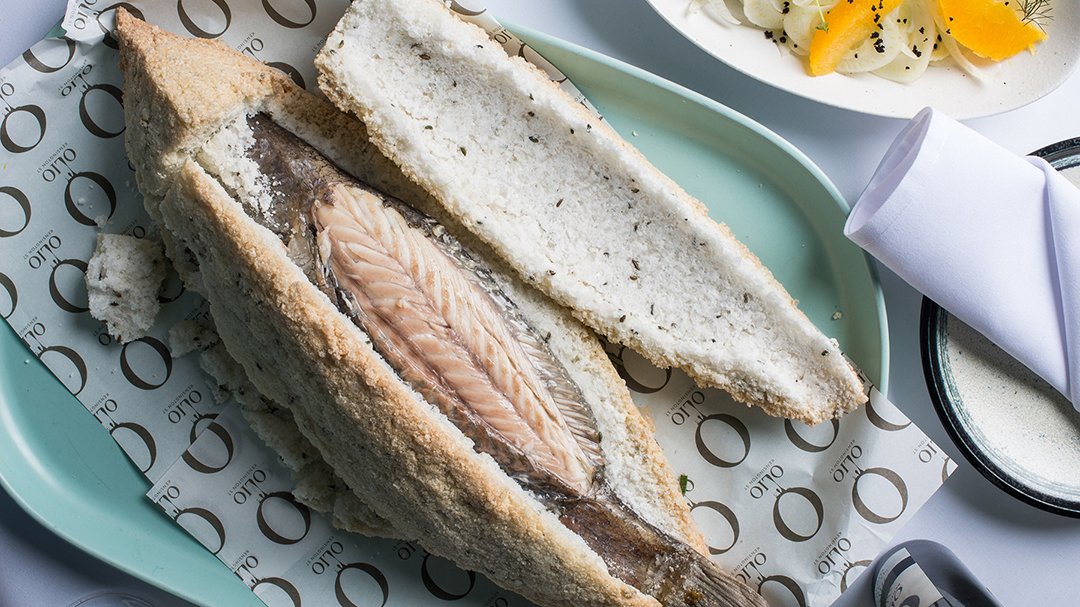