According to recent statistics by Beyond Blue, we now know the number of men who die by suicide each year in Australia is nearly double the national road toll, and that one in eight men will experience depression at some point throughout their lifetime.

After learning about the loss of a number of men within his wider social circle to suicide, and his own experiences with mild bouts of depression, photographer Peter Brew-Bevan launched and self-funded the 2020 MEN-tality project.

This series of intimate portraits features some of Australia’s leading male personalities, performers and athletes, as they open up about their own mental health experiences. It’s Brew-Bevan’s hope these stories will help encourage other men to engage in potentially life-changing conversations with their family or friends.

We spoke to Peter about the impact of the project, embracing vulnerability, and how using creativity to help destigmatise the pitfalls of male mental health has helped him overcome his own struggle. 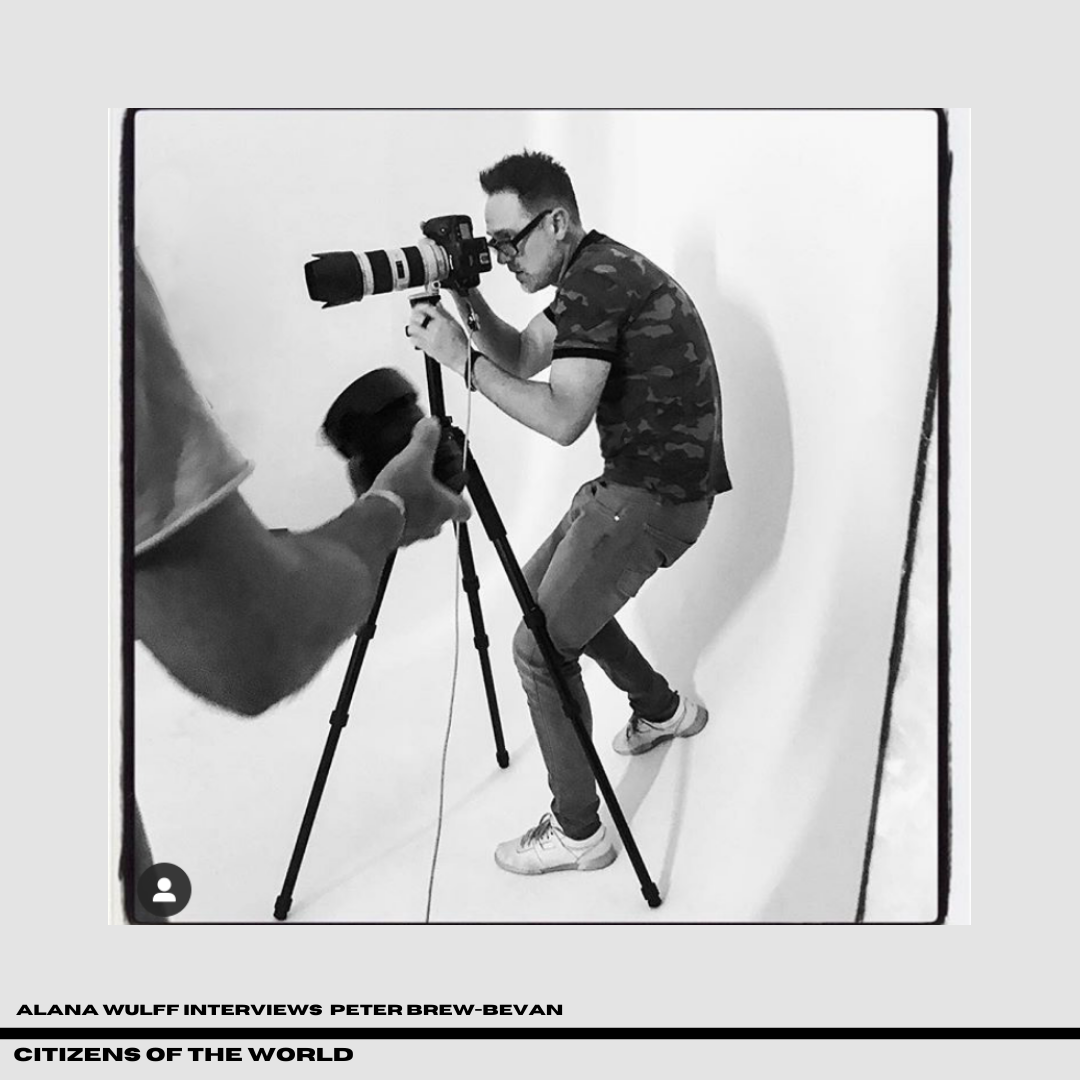 This project is such a significant undertaking, both professionally and personally—how did it begin and where did the idea come from?

All throughout my teenage years, I was bullied at school for being different and that impacted me throughout my early twenties. Growing up trying to figure out my identity in the 1980s in a country town in South Australia isn’t the healthiest of environments.

Psychologically, this kind of trauma can impact people in different ways. I ignored it and continued on with everyday life, and as my career snowballed and I travelled around the world, I never really checked in with myself. It wasn’t until the age of digital exploded onto the scene and everyone suddenly became a photographer with their phones that my career transitioned pretty much overnight, and everything completely changed.

I got to a point where I started suffering from increased depression, but more so anxiety. I thought I was fine and that I had the tools to cope, but it wasn’t until I started speaking out and talking about my issues with other people that I realised I wasn’t coping as well as I thought.

In the past, I had considered myself a very open person, yet I realised I was the most shut off person I knew.

I didn’t know what to do or where to turn and my partner suggested I reach out to a friend of ours who was a life coach. I learned meditation and gratitude journaling, and all these tools that helped me silence my anxiety. At the same time, I was wanting to do a portrait project for myself, but I could never really work out what cause I wanted to apply it to. Then it dawned on me—I wanted to bring awareness to mental health. 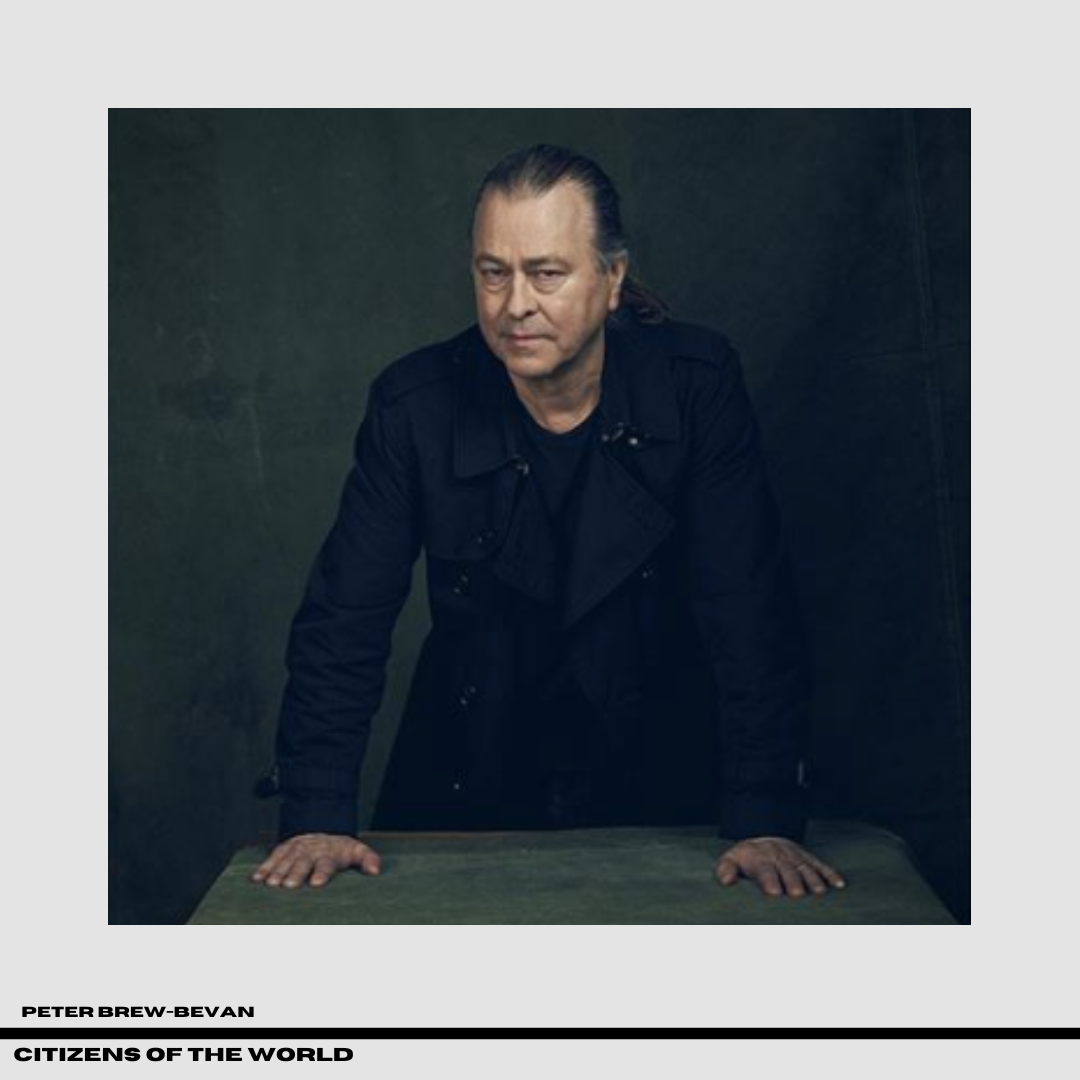 The project features a range of high-profile male personalities, performers and athletes – from Neil Perry to Callum Sinclair. Was that always the plan?

As an awareness campaign, I wanted to bring people who were in the public eye forward and have them either open up about something they’d struggled with or simply provide general words of encouragement.

I wanted to just to start a conversation so that other men or kids could look at these people and realise even those with big, successful careers and lives can go through tough times.

Initially, the project began as just a regular portrait series but then I thought, I’ve had 25 years in this industry, and I have an enormous amount of contacts, within all different genres of celebrity, so why don’t I start reaching out and talking to people?

People instantly jumped on board and were very generous with their time and commitment. 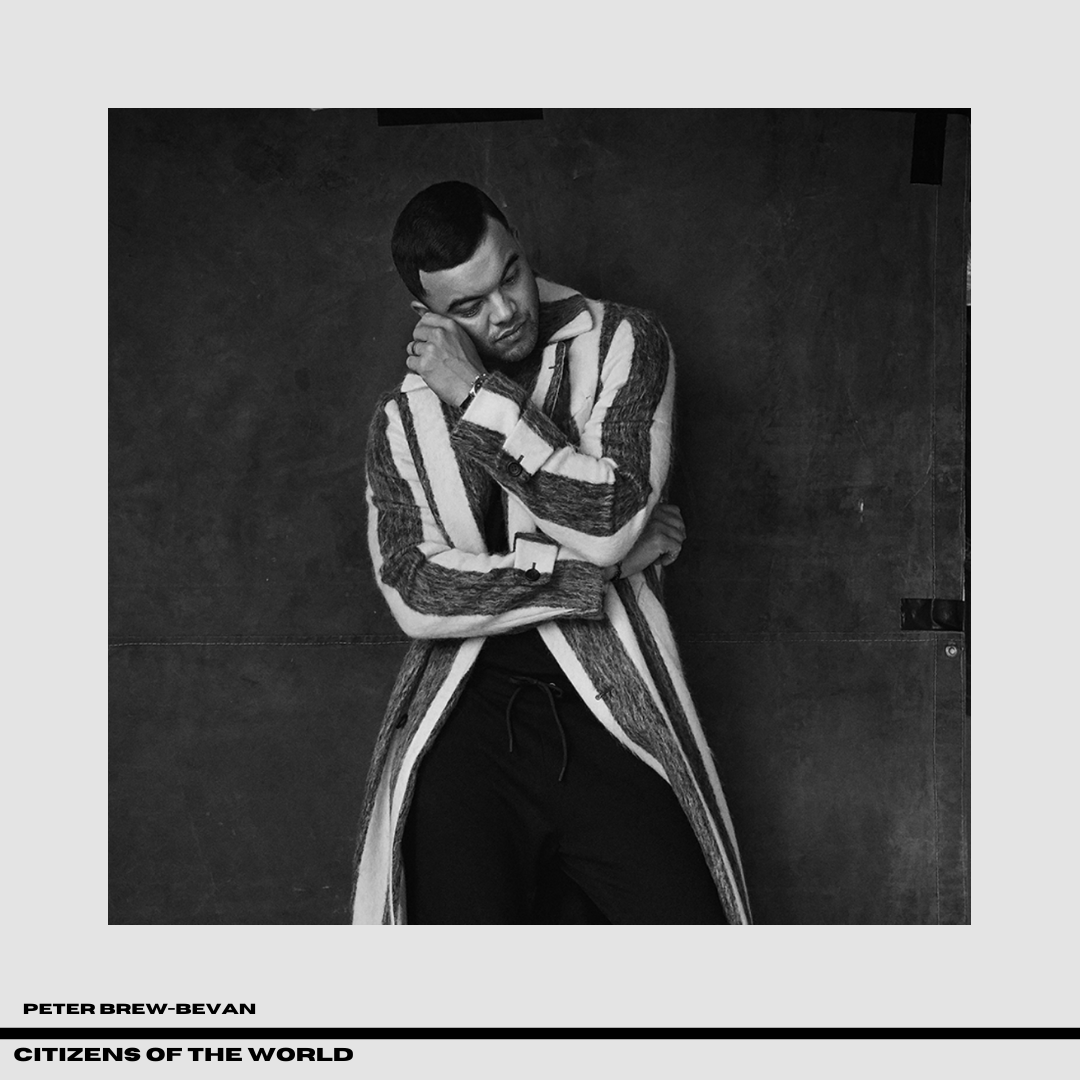 Have you found a generational difference in the thinking and approach to mental health between your subjects?

I do notice the older generation don’t open up as much. We were told you have to be strong, especially in Australia.

Our culture for men is so toxic, you can’t show any emotion. You’re the breadwinner, you’re the man of the family, you cannot be weak—and I think through talking to everyone I’ve photographed, we need to change the conversation and change our language. That’s the first step men have to do within themselves—is change the dialogue going on in their head.

We are conditioned to believe the dialogue. It’s interesting, the younger generation, like my niece and nephew—their conversations are vastly different from the ones we struggle to have.

They’re very open about their anxiety or the troubles. They’ve been educated at a young age and in a positive way. They’ve been taught to speak up. 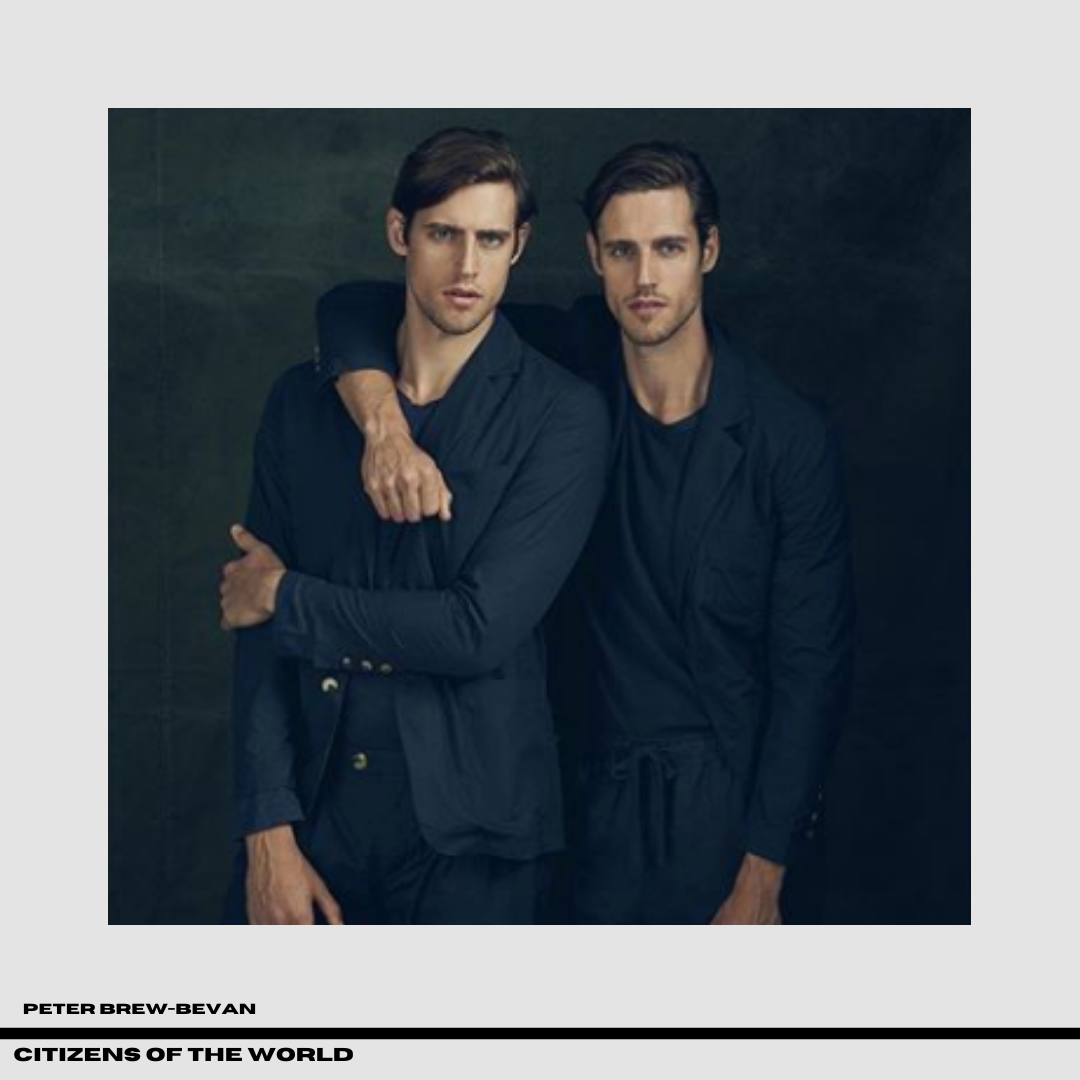 Did you find these particular shoots less guarded than the normal photoshoots you do for magazines and campaigns?

I come from a media perspective where these guys always have all their publicists protecting them and it’s a professional environment—but because this was a project that had absolutely nothing to do with that world it was very nice to work with these guys on an incredibly different level.

It was very open and generous. It was really nice. I think when entering the world of mental health awareness, there’s a real deep level of comradery.

Absolutely stoked to have the living Aussie rock music Icon and down right bloody great man on board my project 🙏 Jimmy Barnes Singer / Songwriter @jimmybarnesofficial “I was struggling with depression and suicidal thoughts. I thought I could handle them. That is, until I woke up one day after a bender and found a dressing gown cord tied around a rail in the dressing room. I had completely forgotten about that attempt until I found that evidence. Then I realised how close I had come.” Click on the link in bio to read more of Jimmy’s story #tohearandbeheard #2020mentality #beyondblue #mensmentalhealthawearness

While all the images and stories are truly touching, were there any particular portraits within this series that have really stood out to you?

Baz (Barry Otto) is just phenomenal in every way and I’ve had such a long relationship with him and his family. Him coming on board and what he wrote was beautiful.

Jimmy Barnes as well—he’s such an incredibly charismatic human being. What Jimmy wrote, it was incredible that he would open up like that with an account like the one he shared. It was powerful stuff.

On the day of these shoots, I always talk to the subjects and then they go away and write something and get it back to me at a later date.

Sometimes I get quite overwhelmed because it’s a lot when people come in to get photographed knowing what this is for… I’ve walked away from some sessions almost having to cry because it’s a lot of heaviness but then there’s also the positivity.

Ljubo Milicevic for example was so generously open and positive. It’s amazing and uplifting in those moments. 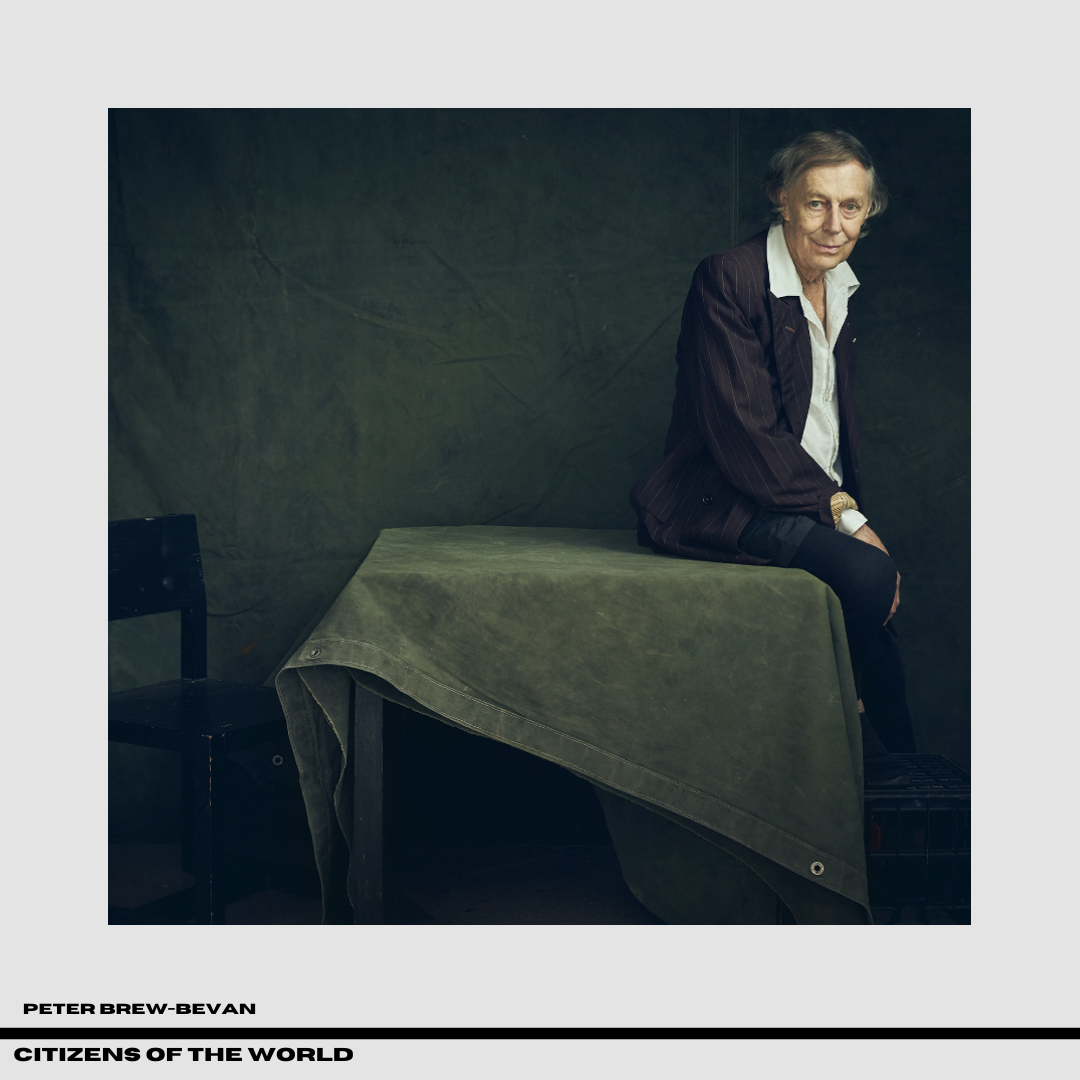 Was there a specific reason why you shot the series in black and white but then switched to colour?

Yes! Covid-19! Prior to the pandemic, it was to be a black and white campaign only. Aesthetically that’s what I was feeling.

When COVID hit, my business, like all freelancers and contractors in media, completely died. I had about 20 jobs lined up and within two weeks, gone, gone, gone. Of course, my anxiety levels went up and I tried to concentrate. I couldn’t even sit in front of the computer, that’s how bad it was.

I started painting again—I needed to do something with my hands and that calmed me down. When I started up the project after a bit of a break, I thought considering what was happening in the world that I wanted to go straight to colour and bring a bit of lightness to the project.

I’ve shot in excess of seventy people so far, and the challenge for me being who I am is to come up with something different for every single person with the same background. It was a challenge, I won’t be doing that again (laughs). 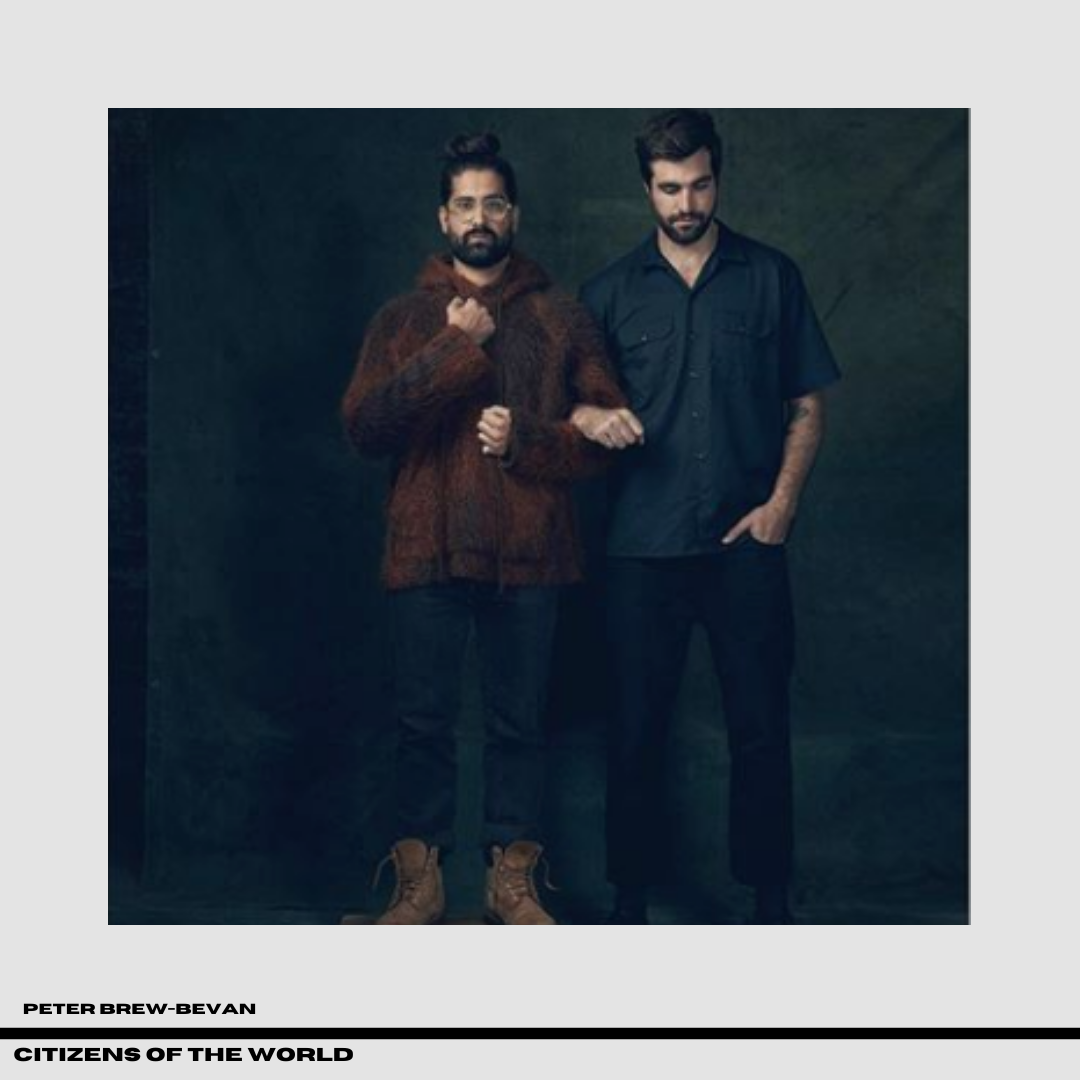 What has the response been like to the project so far?

It’s been great. We’ve had so many people reach out and send us messages. We started this two years ago and I think now it’s more important than ever. The first day we launched, we got a DM from a guy who was on his way to his mate’s funeral who had passed from suicide.

Those interactions are hugely powerful and personal.

There was also a woman who had lost her son and was reaching out looking for support for survivors of suicide. I think that’s another element to all of this that’s incredibly important to highlight.

What have you learned from this creative endeavour and what would you say to those who may be struggling at the moment?

There are people wanting to hear from you.

Don’t be paralysed by the fear of embarrassment and shame.

No one is here to judge. It’s really important to know your voice really counts.