In life, everyone gets asked the same question when they’re young; “what do you want to be when you grow up?”

We’re fairly certain you’ve gone through it. Heck, we’d bet good money you’ve even gone through it several times; some adult leaning over you, asking in a syrupy-sweet voice what your plans for the future are.

Sadly, whatever your five, six, or seven-year-old self answered back then probably doesn’t match whatever you’re doing now.

Reality probably hit you hard when you reached the late teens-to-mid-twenties age range. The sad fact of life is that the “Dream Job” doesn’t always fund the groceries and pay the bills.

And since man shall not live on passion alone, your best bet is to find a career that comes with a recession-proof guarantee.

Here are some jobs to consider: 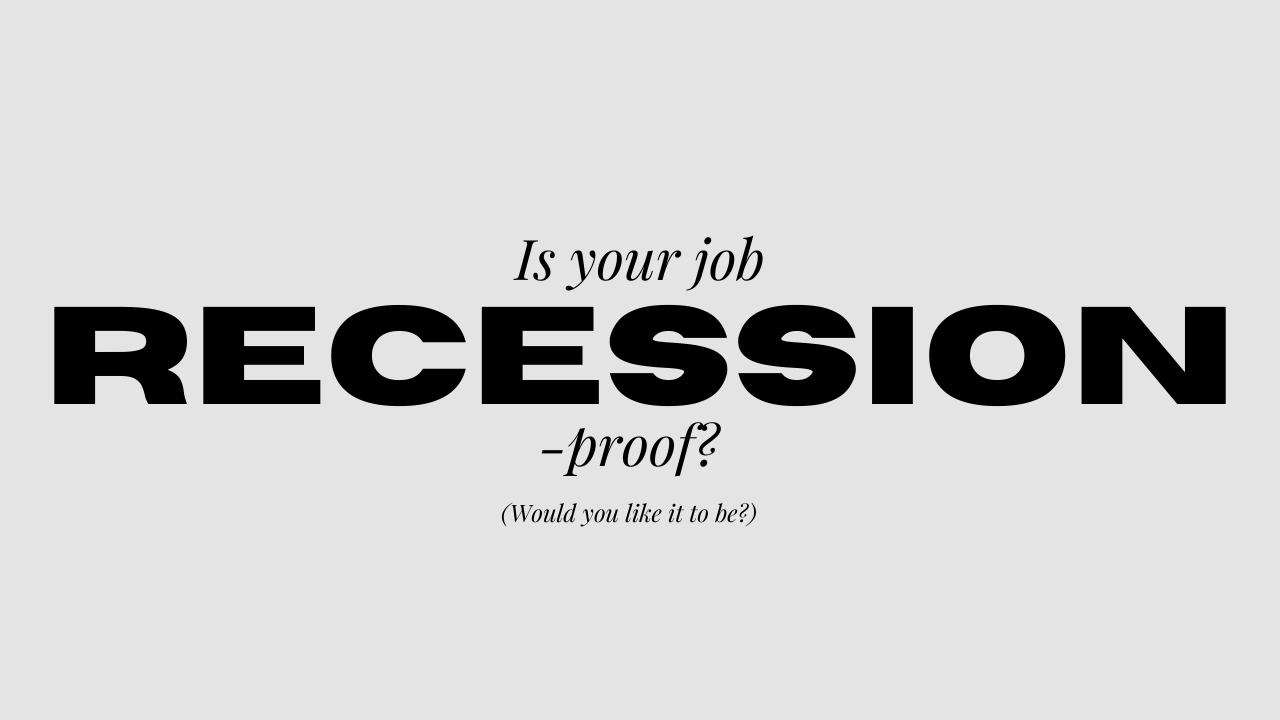 A social worker’s job, in a nutshell, is to ensure that people in their society—particularly the vulnerable, oppressed, and impoverished—get the help they need.

Members of the community that are (1) financially unstable, (2) mentally or physically incapacitated, or (3) living in an environment that is actually harmful to them can depend on social workers to get them out of their current situation and help improve their overall well-being.

That being said, the demand for social workers is always high during a social crisis. And since it falls under the public sector, it’s not as in critical danger of recession compared to jobs in the private sector.

Being in a state of community chaos definitely calls for more legal manpower—i.e., the kind of manpower where people are legally allowed to tackle, subdue, and haul away anyone committing a crime.

Ordinary, law-abiding citizens already need protection from unsavoury characters during regular times. How much more so during a tanking economy, where people are desperate enough to do what they probably thought they were incapable of?

During a recession, the call to serve and protect is stronger than ever.

This is getting pretty depressing (sorry), but arson is very much a real crime. Not to mention ordinary house fires and commercial fires have no reason to stop during an economic crisis. It’s not like they’re getting paid, anyway.

Communities need firefighters, inspectors, and investigators to tackle such burning issues (pun definitely intended), of which there are plenty during a recession. Empty buildings with stacks of unfiled papers still inside? Looters running around rampant with (potentially explosive) weapons?

Society is not at its best during a recession, and flammable risks are very, very real.

Not even a pandemic can stop governments from opening schools. How is an economic slide any different?

In fact, according to a study by Caroline Hoxby, enrolment rates are actually higher during recessions, particularly for college and graduate schools.

Think about it; spend your days applying for hundreds of jobs that tens of thousands of other people have also applied to, or accept the recession for what it is and get a higher education to earn credible skills you can use once the economy stabilizes?

If you’re a teacher or professor, you’re still very much needed during a recession.

Aside from the fact that accountants and auditors already earn a sizable chunk as is, they’re also pretty much guaranteed their jobs during a recession.

(Now might be a good time to retake that accounting course, huh?)

That’s because businesses, now more than ever, need to stay on top of their finances. They need to know exactly where their money is and where it’s going. And they’re not going to take the risk of doing it themselves – not when there’s way too much at stake.

Is your career recession-proof? Recession-prone? If you’re already doing something you’re passionate about and are earning decently from it, then don’t worry; God knows we’re not suggesting you switch jobs just because a recession could happen.

However, if you’re in-between jobs at the moment or are weighing your options, it might be a good idea to consider careers that could be deemed invaluable during an economic disaster. What a time to be alive!

Shop our favourite organisation buys below

What, that was an intense read. Let’s all zen out a little bit together with all the meditation apps we use to get some shut-eye (especially in times of super-stress).