The Town Hall Waratah, Newcastle: An Australiana-Inspired Renovation (Minus The Roughness)

There’s no denying that pubs are a cultural touchstone in this giant sunburnt land of ours.

Maybe it’s our working-class colonial history, or perhaps because it was the only place to escape the heat before ducted air-con was a thing? Either way, we Aussie’s feel genuine bonafide love for our drinking holes.

However, somewhere between the cultural cringe of Crocodile Dundee and Greg Norman’s straw hat (let’s say late 80s) we rejected the nostalgic beauty of our pub interiors and the things that made them quintessentially Aussie. Remember the wooden boards with gold typography and tons of exposed red brick? So much gold type.

But there’s a change afoot, with many architects and designers celebrating ‘Australian-ness’ in pub renovations and we are unequivocally HERE FOR IT.

We think it was first sparked by almost unstoppable popularity of the kitschy concept bars like The Oxford Tavern and The Norfolk, founded by team at Drink’N’Dine. Followed by the relaunch of The Unicorn Hotel in Sydney’s Paddington (from the team at Mary’s Newtown), which rejected the sleek paired back Scandinavian influences du jour and wholly leaned in on dark green hues and wood grain counters we all remember in Aussie pubs before the ‘gastro-pub’ revolution in the mid 90s.

And it’s been a similar thought process by the team at Fabric Architecture for their recent update of Newcastle’s Town Hall Hotel Waratah. 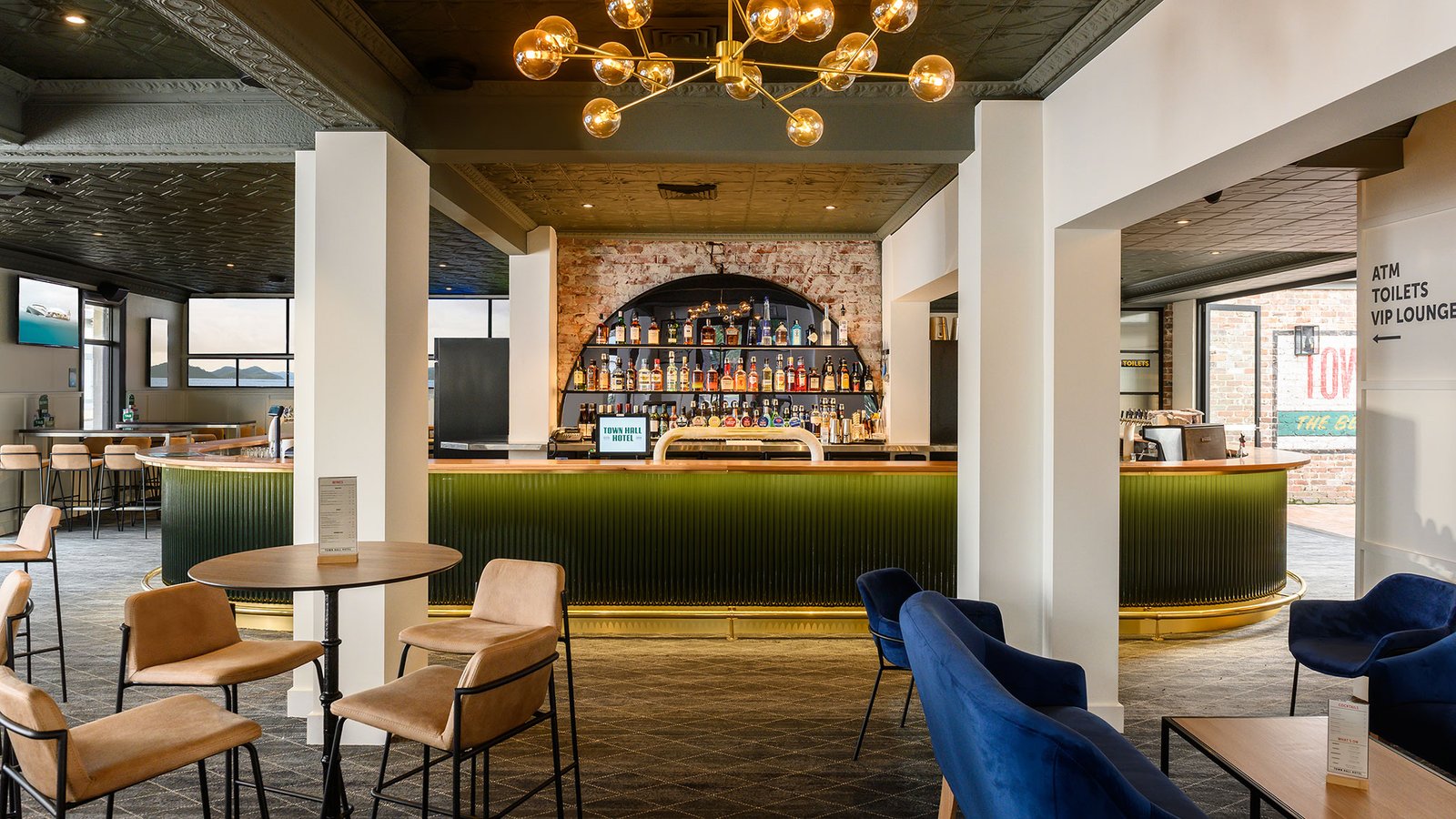 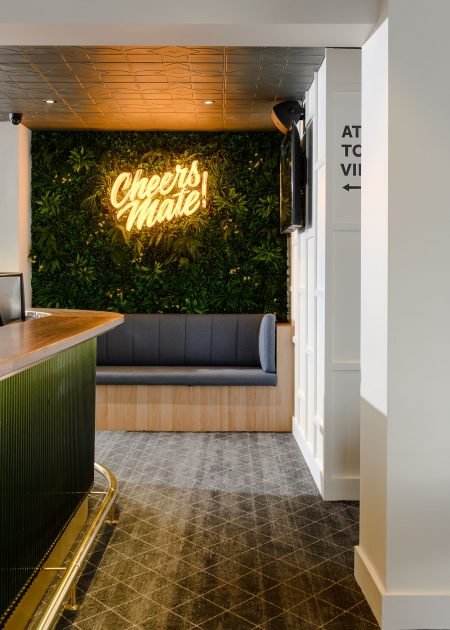 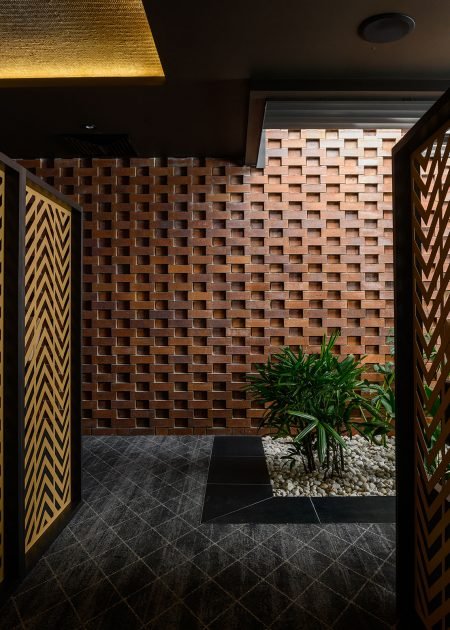 As if you could beat cold beer and genuine old school pub food, the Town Hall now boasts a fresh interiors update that artfully marries nostalgia with modernity.

Hotelier Paul Hunter set the brief to retain the legacy of ‘the Townie’ as a locals’ pub but inject enough style to open up the venue to a new kind of patron (one that appreciates an updated menu including all the classics of ribs, steaks and burgers but also dashes of vegan curries). 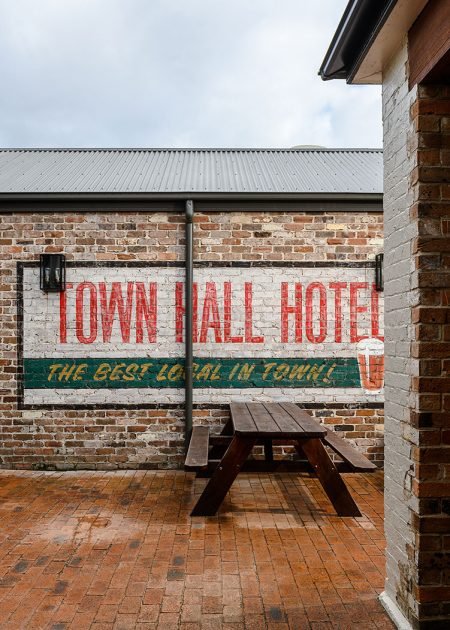 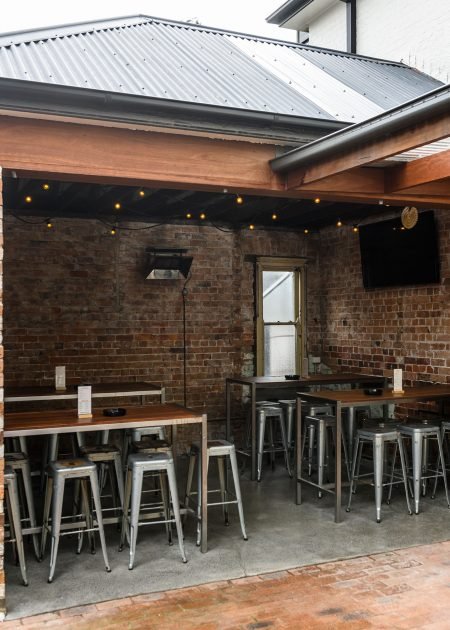 It’s sleek, not slick. Nostalgic but not naff. And just enough of a wink at the past to appreciate how far this country’s come. 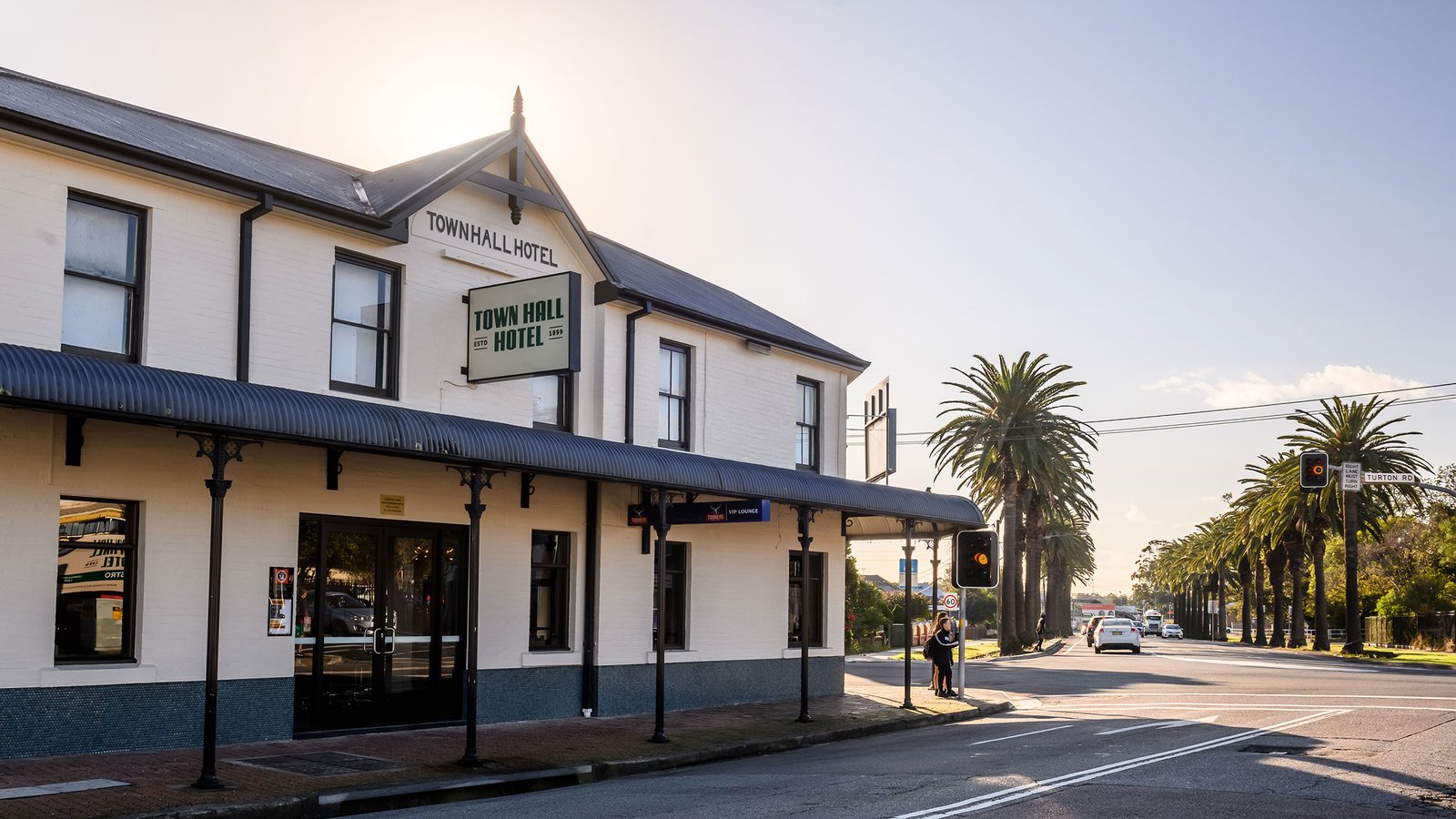