Editor's Letter: On The New Citizens, Little Citizens & Your Feedback

Ladies and gentlemen, it is a fact universally acknowledged that the topic of parenthood will inevitably come up somewhere in conversation along the seesaw trip that is life.

If not WHEN you’re going to have kids, it’s the matter of IF. If not if, then it’s the question of CAN it even be done?

There’s enough emotional gymnastics going on navigating this topic that it’s no surprise that people suffer a form of whiplash when faced with the answer, whether it be ‘never’, ‘I’m not sure’, or a certain ‘yes’.

We can understand why the world is so preoccupied with the topic.

If religion is your thing then it might be hammering home that childbirth is our divine responsibility and Holy purpose. Or there’s family occasionally dripping queries with the relentless love of Chinese water torture.

Then we’ve got the economists, loosening their ties and wiping their brows with anxiety over labour shortages everytime someone mentions Japan’s falling birth-rate. And what about overpopulation?

Add a layer of hormones to the mix and I don’t think I’m being exactly revelatory to say that there’s pressure.

The reason I’m writing about this now?

Dominic and I are just coming out of the new parent fog. Able to not only squeeze in a few solid hours of sleep but also have a few months of reflection under our belts.

And recently we’ve received a surprising number of messages from Citizens of the World followers and readers who say they’ve been helped by us being honest about our parenthood journey. 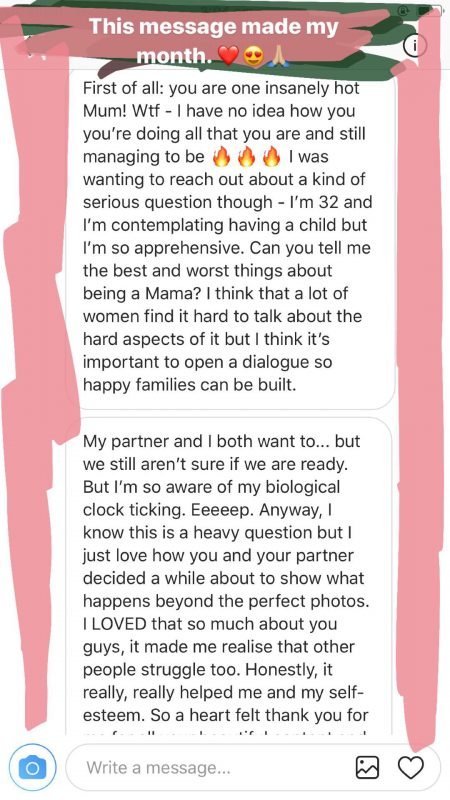 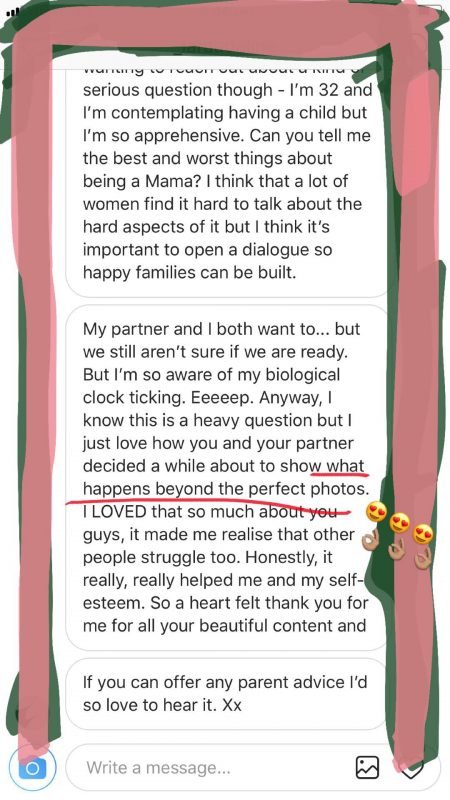 I say ‘surprising’ because working in this industry, Dom and I deal primarily in escapism, where it’s literally our business model to make life look a little more perfect than it really is.

And we ALL know that there’s Insta-life and there’s real-life.

But over the last 12 months we’ve tried to show you guys something a little in-between (but if you’d like to witness more down-time moments of us chowing on beans on toast then by all means let us know).

I spoke about my experience with prenatal depression in my interview with the beautiful Georgie Abay from The Grace Tales but the quick version is we tried for so long to get pregnant that I had emotionally steeled myself that it just might not happen.

To the point that we had COMPLETELY given up.

To put this in perspective, think of what you do when you decide not to have kids? You plan your ‘perfect life’ sans family.

You throw yourself into work, you book exotic trips to locations that require multiple vaccines, you boldly foster friendships with younger single pals because your party group starts to dwindle as babies arrive. 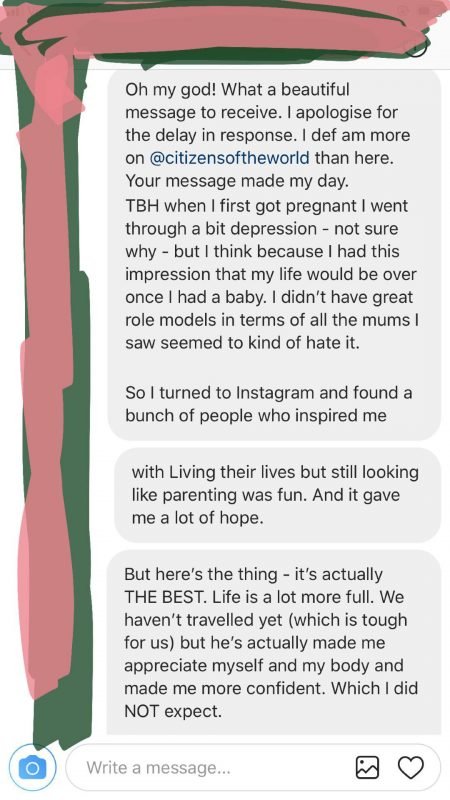 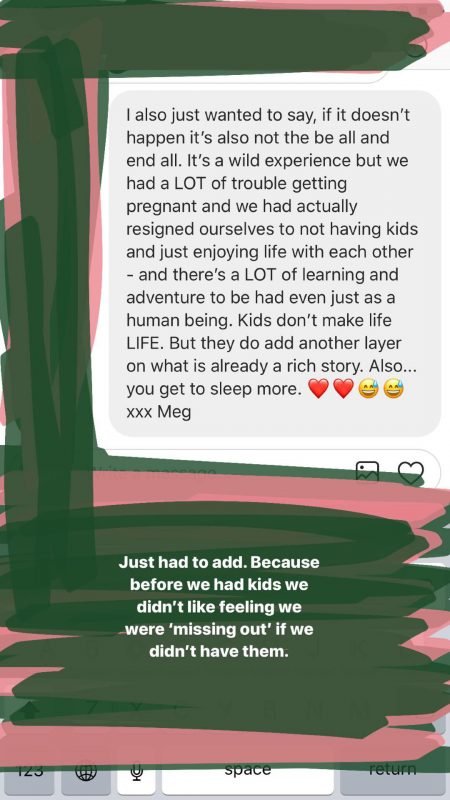 Then last Christmas, after a boozy lunch, I joked that the reason I might have been suffering incurable reflux was that I was pregnant. Ha ha.

The happiness was instant but also over the weeks it morphed into a feeling of being somewhat adrift. So much of our life with Citizens of the World is about being literally part of the world. Seeing it, capturing it, sharing it.

Every purchase of prams, cots and change-mats felt like pastel-coloured anchors, tying me home while I watched our goals fly away with the difficult-to-ignore roar of a jumbo overhead.

In the interests of brevity I’ll shorten all the awkward first-trimester therapy and courses into a few sentences; I realised it wasn’t normal to cry whenever I saw a brochure with babies exiting vaginas and it forced us to draw a new map of what our life would look like with a Little Citizen in tow. 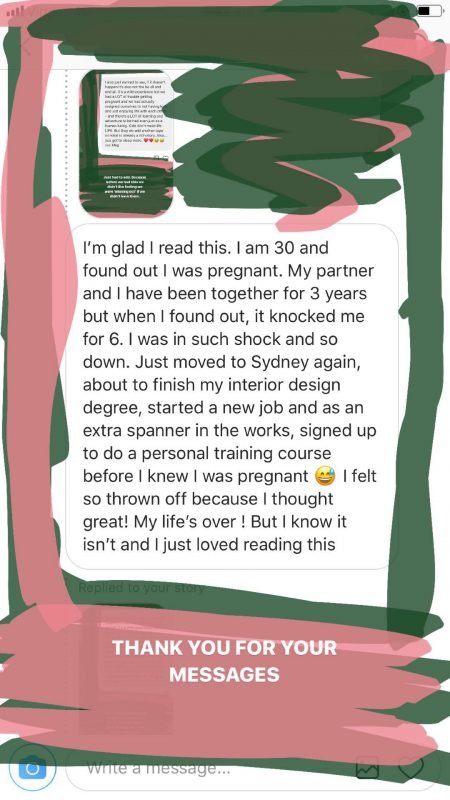 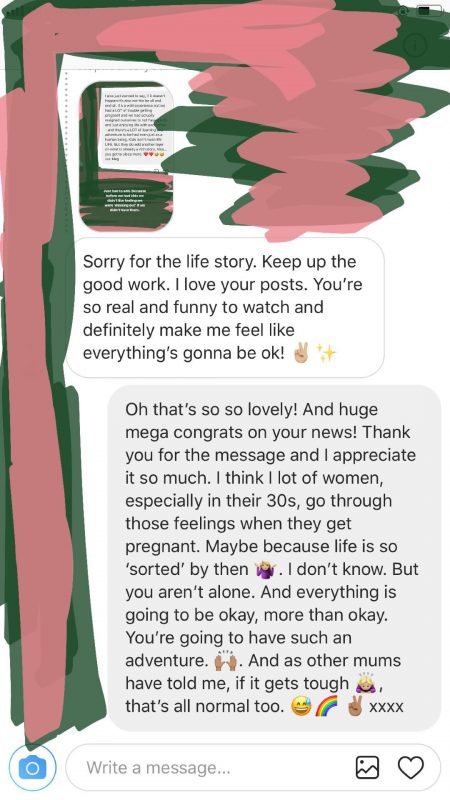 I no longer took my health for granted, I was forced to find new ways to feel good about myself as my body warped into unfamiliar shapes (hence why I talk about makeup so much now), I also speak more honestly with people than I ever had before (hence why I’m writing this now).

It’s as though my self-consciousness diminished as the centimetres on my clothes grew.

And then our little Lachie arrived. A squinty bundle that instantly wiped every priority into alignment. The love I felt was fierce and immediate.

Nappies check, anxiety gone (well not entirely but I won’t bore you with the breast-feeding fun).

This baby didn’t constrain me so much as forced me to carve out a new ‘me’. One that’s more tired than I’d ever but full of gratitude when I see his sweet smiles when I respond to his 2am cries.

And even though we’ve been homebound lately as we get him used to Planet Earth, I sometimes whisper into his little oblivious ear,  “we’ll take you places, not right now, but we will show you the world when you’re ready.”

Which brings me back to Citizens of the World and all the beautiful messages we’ve received as we’ve made these major life changes and how COTW has evolved to match.

Receiving notes from you guys, whether you have kids or not, have proved that while all our journeys are unique, we’re not alone on them.

…and we’re all a little scared of things coming out of our privates.

And what do you think? New parents or happy singles, have you had to deal with emotions to do with having kids? Pressures from family? Fears about where life will take you? Tell us below.