Aromatherapy In The Age Of Anxiety: 3 Proven Ways Scent May Not Fix The World But Can Help Shift Your Mindset In 'These Uncertain Times'

Essential oils: A seemingly simple but oh so fascinating ingredient in the modern millennial’s armoury against the barrage of the heavy news cycle and woodpecker tap of existential dread.

Yes, being a human right now is tough for a million reasons that we’ll save for another article, but with everything the way it is right now it makes complete sense that people are looking for ways of coping, y’know, beyond buying cases of wine.

But what if you’re not an aromatherapy aficionado? Don’t worry. We all started where you are, questioning how can something this chemical-free could ever possibly compete against, well, everything *gestures loosely at the entire planet*.

And you would be right. It can’t. But it turns out that is exactly where the genius lies. Like Yoda says, “you need to chill out for The Force to do its thing.” Or something along those lines.

What do we mean? Here are 3 ways essential oils may not fix the world but they can help put you on the path to smoothing out the bumps of life. 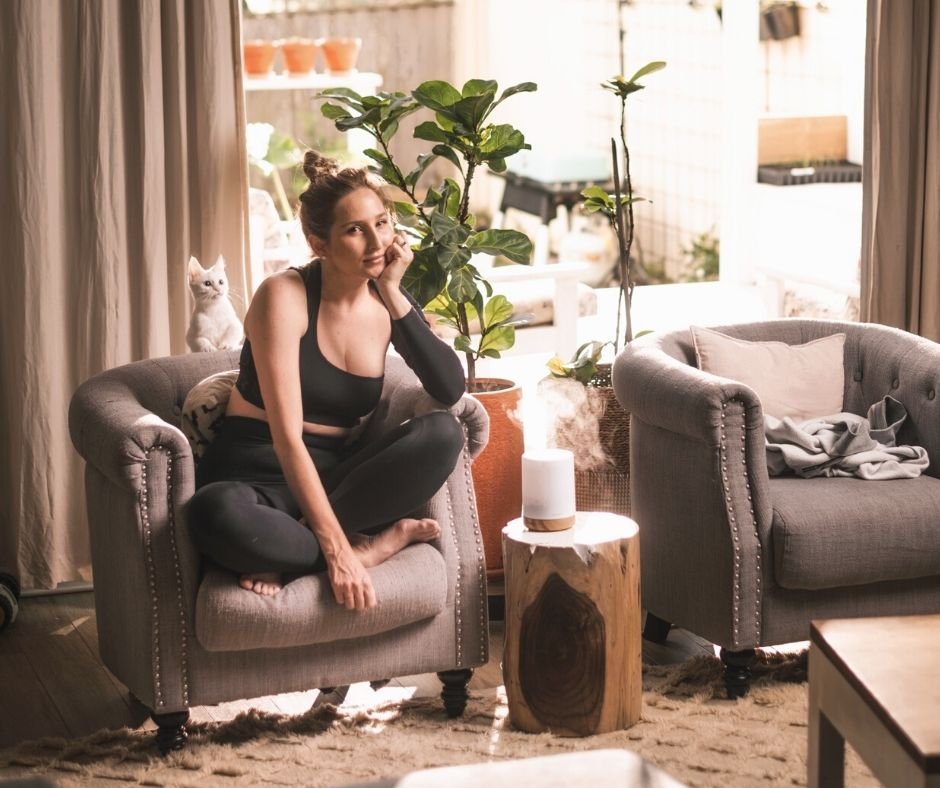 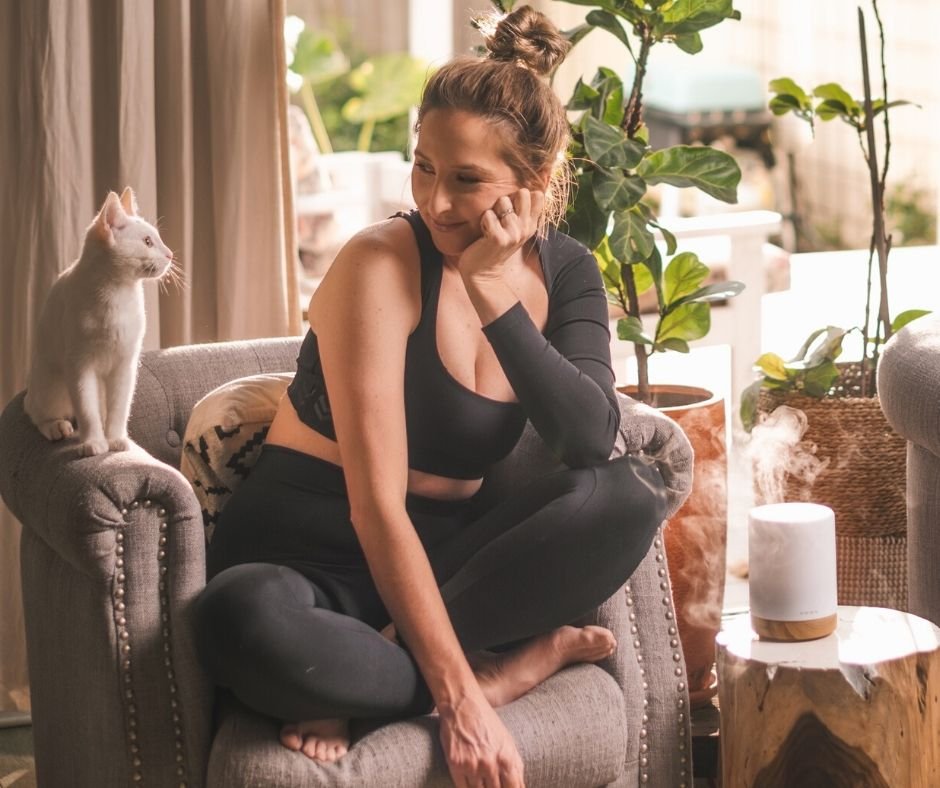 If you’re struggling with a full-blown attention disorder, Peppermint Eucalyptus and Lemongrass isn’t the miracle cure. HOWEVER, a study in 1991 found that inhaling the menthol in peppermint can improve focus on some tasks, such as those that, “require observers to remain alert and to detect infrequent and unpredictable stimulus events over prolonged periods of time.”

Such as sitting on your fifth unnecessary Zoom meeting of the day.

Again, it’s going to be hard for a few drops of pure essential oil to compete against all your subconscious brain activity. HOWEVER, before reaching for your phone and scrolling through a few subversive TikToks before bed, why not try diffusing Lavender and Camomile and taking a few deep 4-second-breaths in? Researchers at the Weslayan University of Connecticut found that the scent of lavender can actually help improve long-wave sleep, with subjects admitting to feeling more alert the next morning.

They can help clear the air

Bigotry, hatred, ignorance—while essential oils might not be able to remove all the memory of last year’s awkward extended-family Christmas, there IS evidence that shifting the scent of your home environment can change your attitude towards it.

Before you accuse us of getting a little too woo woo, Native Americans believed that burning scents (commonly known as ‘smudging’) can help dispel negative energies. On a more scientific scale, research has found that certain oils contain anti-microbial and anti-fungal properties, with oils from Fir, Pine and Spruce have long been used to aid tackling in sinus issues.

Also, it’s worth noting that even if you’re the most stubborn scent sceptic, remember there’s plenty of power to the found in ritual.

Researchers at the University of Toronto once completed a study asking participants to complete an ordered number of repeated tasks before undertaking a challenging activity. Analysing their brain patterns, scientists found that the participant’s levels of performance anxiety were lower after completing their assigned rituals. Similar to the way tennis-legend Rafael Nadal sips his mid-match recovery drinks in a certain order.

Yes, you are Nadal in this story. Your game? Life. The point? If some benign repetition can help ground your brain before and after every day, why not make it something that’s not going to give you a hangover.

We use the Bosisto’s Ultrasonic Diffuser available from Chemist Warehouse. 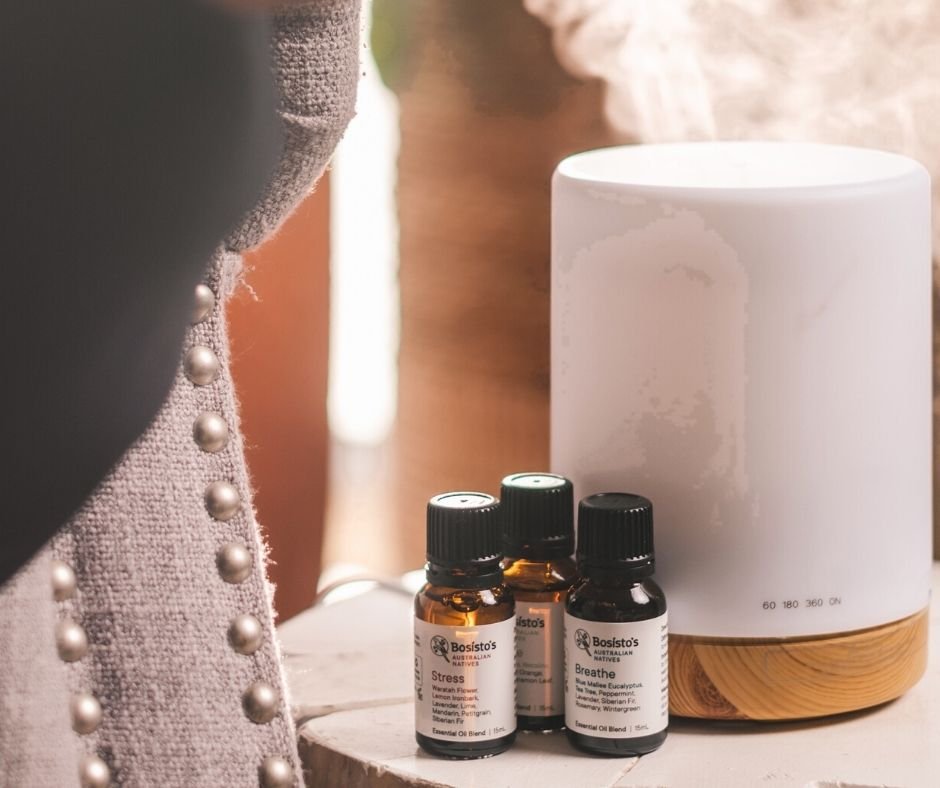