Not going to sugar-coat it, the animal kingdom is medieval as f***.

You’ve got leopard seals with jaws that can casually crush a human skull, sharks that jump 10 feet out of the water with the overblown dramatics of a schlocky B-grade horror, and then there’s psychopathic cannibalistic pelicans that swallow entire pigeons whole. It’s extreme out there.

Just look into the eyes of this Tapanulia Orangutan and try to tell it to calm down.

You can’t, because wild animals DO NOT mess around. Nor should you mess around with them.

That is unless you’ve signed up for one of these real-life David Attenborough adventures. In which case, brace yourself for a stampede, snapping jaws and dances with wolves because here are the best animal encounters for seeing native and endangered species on their home turf.

Walk With Wolves In British Columbia

You’ll find Northern Lights Wolf Centre, just a short detour off the Trans-Canada Highway near the town of Golden. Here you can stand in the hallowed presence of some of nature’s most fiercely beautiful and often misunderstood predators from the safety of their enclosures.

But if you really want to make like Liam Neeson for a day then you need to jimmy in on one of their Blackwolf Photography Tours, joining the Northern Lights team as they take their wolf pack out on a wilderness hike through the wetlands and forests of Yoho National Park. 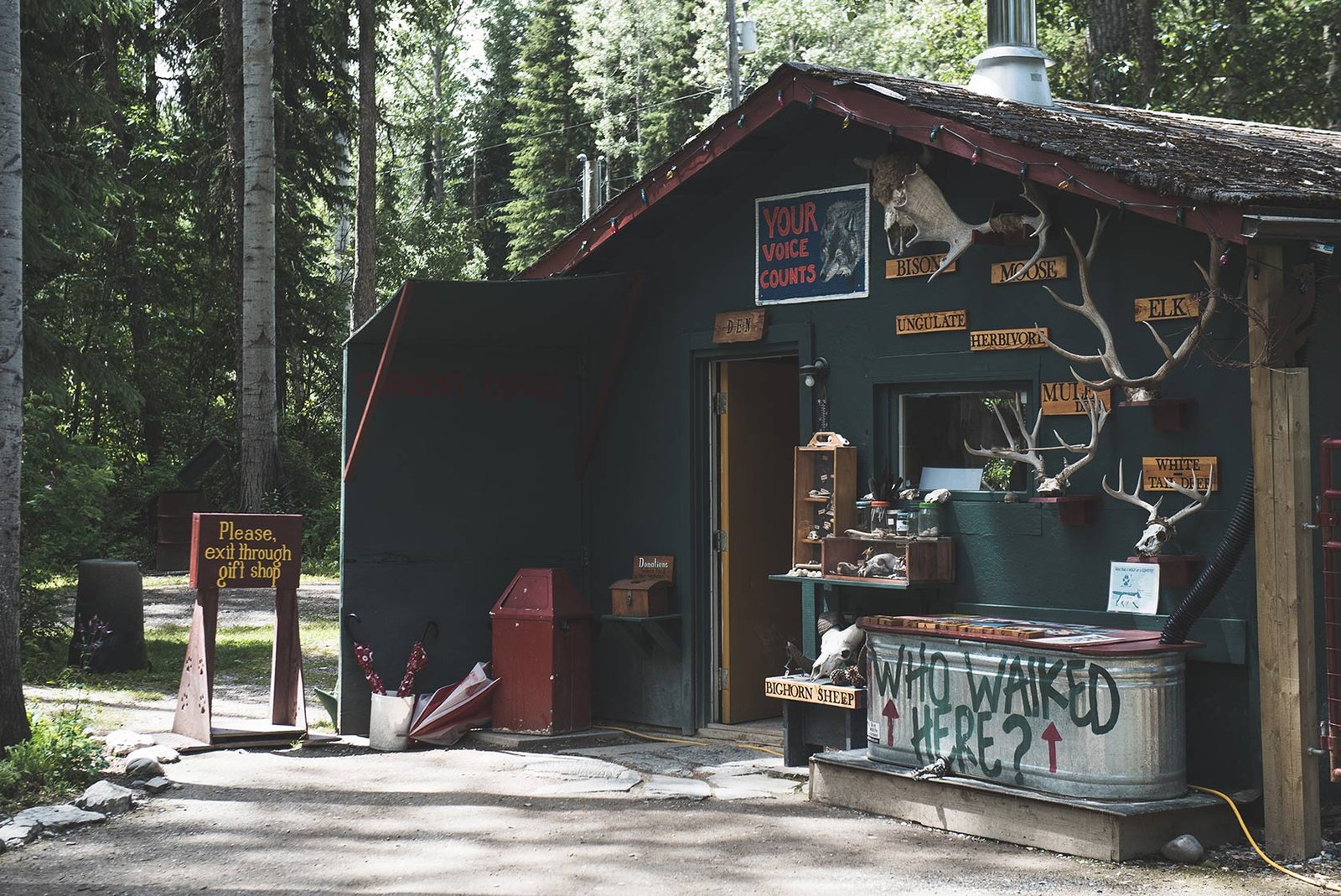 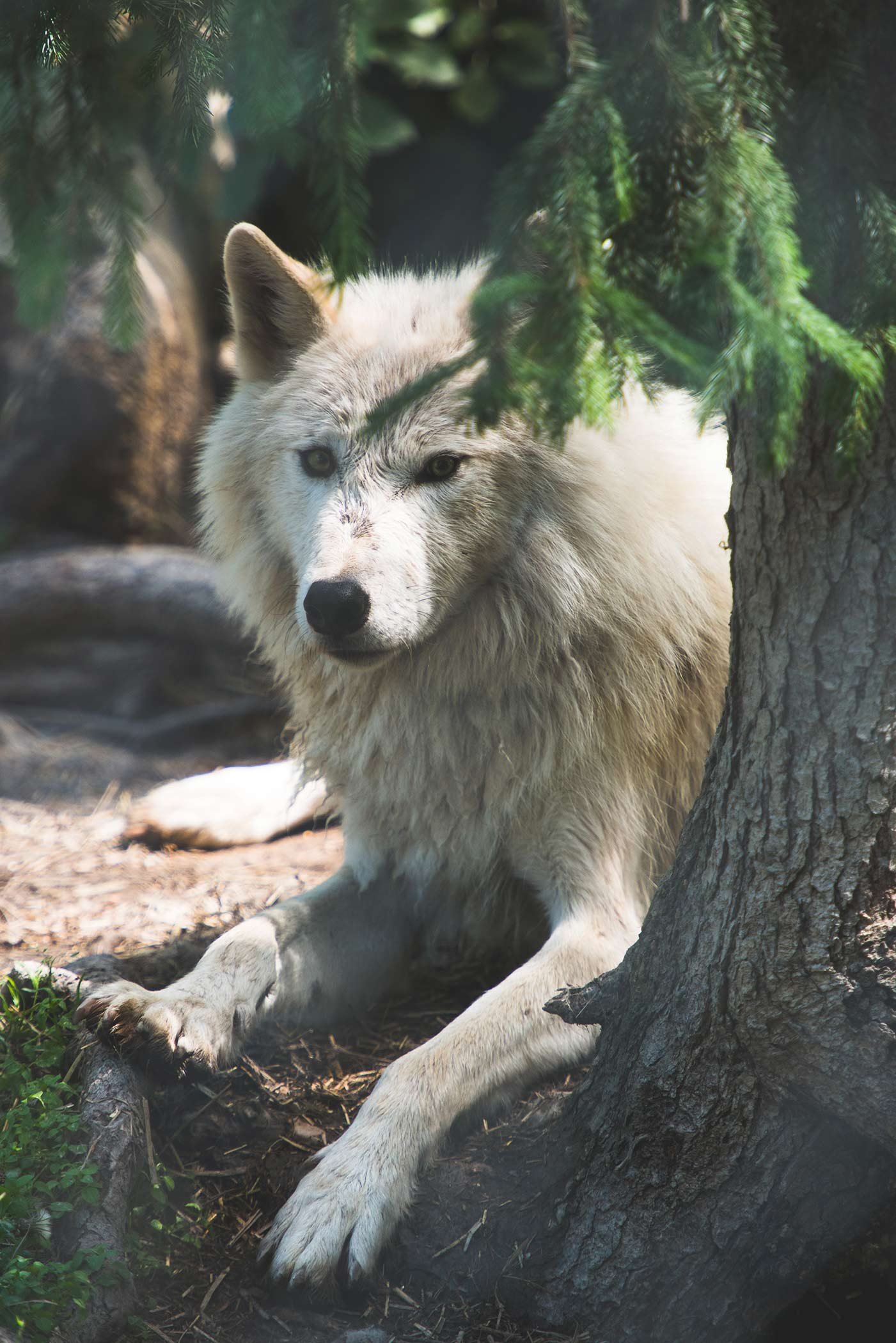 Okay, so honestly it’s slightly less Neeson and more Nat Geo but in the end you’ll come out happier, with incredible Instagrams and more importantly, all in one piece (hopefully).

Safari During The Great Wildebeest Migration in East Africa

Nicknamed the ‘the World Cup of Wildlife’, the great migration of more than a million wildebeests, 500,000 gazelles, and 200,000 zebras from Serengeti National Park in Tanzania to Maasai Mara National Reserve in Kenya is an experience like no other.

This natural wonder takes place every year from July to October and just like the migrations depicted in Ice Age, it can be dramatic and at times overwhelming – because this ain’t no cartoon.

The timing of the great migration can be hard to pinpoint, but if you do see the spectacle, you’re sure to see animals stampeding, predators going in for the kill, and new lives being brought into world.

Cuddle A Baby Panda In China

In the thick bamboo forestry of the Minshan Mountains in China’s Sichuan province, you’ll find the last remaining giant pandas in the world.

The World Wildlife Fund (WWF) presence is big in this remote region, where the panda population is 720. An abundance of bamboo corridors are being built in conjunction with the Chinese government to encourage pandas to meet new friends and potential mates.

This area is tricky to explore on your own, but Natural Habitat Adventures (a partner of the WWF) offers expeditions that’ll take you from conservation reserves to spy giant pandas in their natural habitat to the famed Chengdu baby panda cuddle centre – yes, we mean breeding centre.

A post shared by Natural Habitat Adventures (@naturalhabitatadventures) on Oct 9, 2017 at 12:15pm PDT

Dive With Crocodiles In Africa

If you’re looking for an adrenaline pumping experience, it doesn’t get much better than diving with a croc.

These reptile predators have four times the bite pressure of a great white shark, so next to childbirth sharing the water with them is probably one of the bravest things you can do in your life.

Ready to take on the challenge? Go cage-free in Botswana with Big Fish Expeditions. But if you want to be daring and still keep your wits about you, then the Cango Wildlife Ranch in Oudtshoorn, South Africa, offers cage-diving in a bite-proof cage.

We know which option we’d take.

Hang With The King Penguins In Argentina

At the southernmost tip of South America is Tierra del Fuego Island, bordering the famous Strait of Magellan – a natural passage between the Atlantic and Pacific Ocean.

A haven for wildlife, its biggest drawcard is the King Penguin Park, home to a colony of approximately 100 king penguins. Majestic and handsome, the second-largest penguin can be seen waddling the shores and farms of this Chilean frontier land.